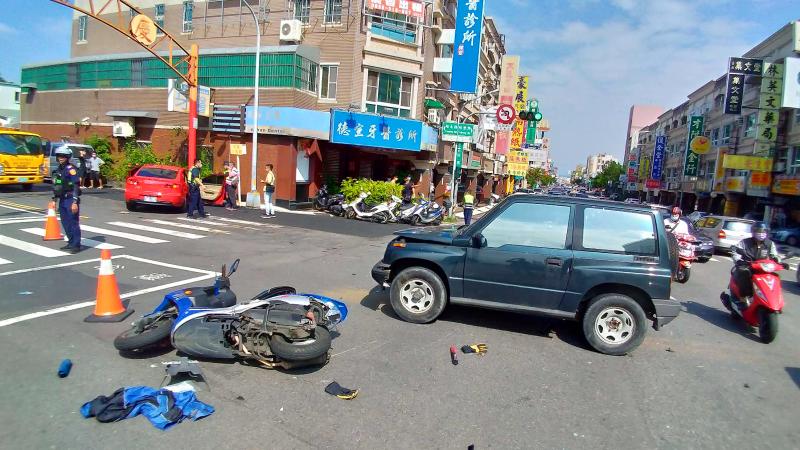 Sure, you could pass the test, but cram schools don’t teach you how to drive properly.

After the third tour bus arrived, dropping its 50 or so candidates on the driving school track in New Taipei City’s Sindian District (新 hotel), I had had enough. I’ve been sitting in the sun for an hour waiting to be assigned a seat so I can complete the last two parts of my driving test: the track test and the road test. But I have not yet received a place because the document required to register is on another bus, the one that has just arrived.

Dozens of students are already crammed in front of a small desk at the entrance to the driving course when I get off the first tour bus at 9:30 am. Judging by their listless expressions, they’ve been around since I started the written exam two hours earlier. The first and most numerous group, waiting for the track examination, are lined up on stools, many of them sheltered from the sun under a canopy; the other, a road test group, was huddled under the portico of a house 20 meters away. A couple on a stool in front of me are leaning over a cell phone, sometimes looking up to see if their line is moving. This is not the case.

THE INSTRUCTOR, THE COURSE

I had wanted to get my license for years. Even though I had an international license when I arrived in Taiwan, I did not transfer it to a local license and it quickly expired. The easiest way to get a driver’s license – and like almost all Taiwanese do – is to enroll in a training school. So, NT $ 12,000 in hand, I went to an office at Top One Driving School (第一 汽車 駕駛 人 訓練班) in Gongguan and signed up for the course of five weeks.

Confident in my ability to speak Chinese, I took the opportunity to do so in English. Turn right, turn left. Back up, go forward. Reverse here, park there. How difficult could that be? In addition, the traffic rule book for the written test is in English, one of the 10 languages ​​in which the official test can be taken. Well, it turns out that understanding the language also depends on the attitude of the person speaking.

My driving instructor arrived with a scowl, a purple umbrella and in formal attire, unlike all the other instructors who were in uniform. Over the next several weeks he didn’t speak as much as he mumbled, using as few words as possible, although generally none. My questions were greeted with silence, the comments elicited audible sighs. As he practiced backing up, he would pull on the wheel if I didn’t spin it enough – or too much. 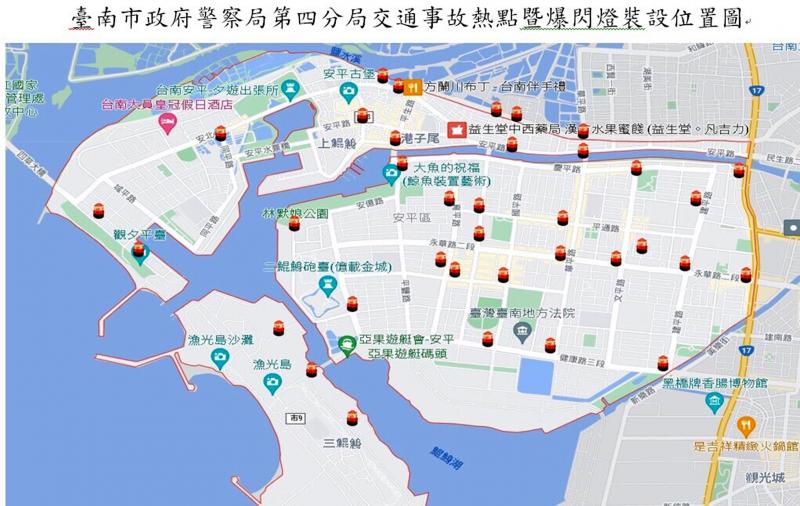 Because I have a lot of driving experience, the instructor does not need to be in the car very often, which gives him time to sit at the edge of the track, often under the purple umbrella, while smoking a cigarette.

This purple umbrella. If the sun was out, which it usually was, so was the umbrella. On a sunny day, he jumped into another student’s car, rolled down the window, and opened the umbrella – effectively blocking the driver’s view of the right rearview mirror – as the student circled the track.

Again, that probably didn’t matter as all training vehicles are marked so that students don’t have to pay special attention to the road. 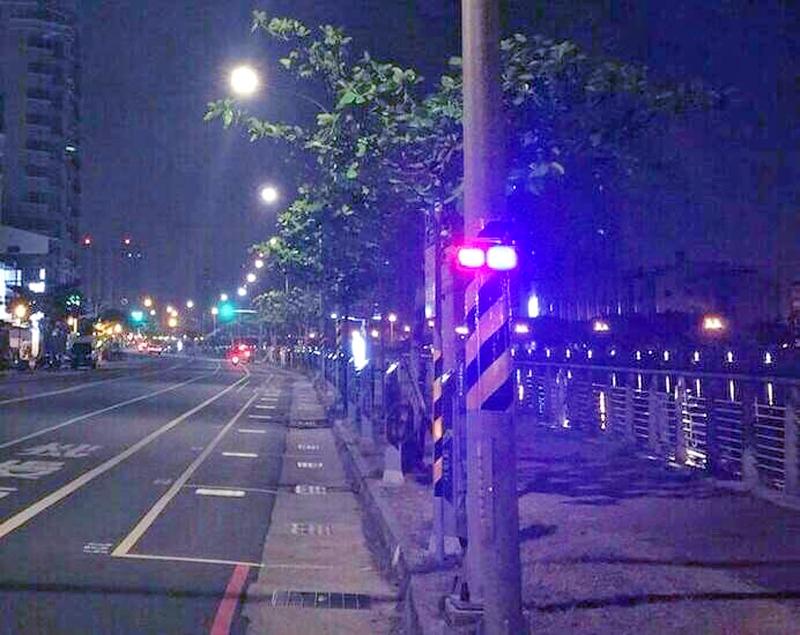 Take for example reversing into a parking space. Just back the vehicle up to a point where a paper clip, conveniently stuck in the trim above the passenger’s rear window, lines up with a yellow post on the side of the road. Once aligned, turn the handwheel fully and replace it. It’s a piece of cake.

The first time I did this, I had no idea the paperclip was there, and as a result, I continued to have anchors. Amid audible sighs of annoyance, my instructor finally pushed my shoulder and pointed at the paperclip and yellow pole.

The parallel parking component followed a similar rulebook. But instead of a paper clip as a marker, the grab handle above the front passenger seat had to line up with another yellow post. Etc. In short, the bac school provided a kind of reminder for the students. But what happens, I thought, when we have to do the actual test? Can I still do it without a paper clip? Of course, I would later learn that the practice and test classes were one and the same – paperclip and all.

In the meantime, I had bigger problems to deal with. The teacher became, during the first three lessons, more and more insolent, even hostile, and incommunicable. And it wasn’t just with me. I noticed that he also adopted this attitude with other students.

I complained about my instructor’s crappy attitude to anyone who wanted to listen to him. No one was sympathetic because everyone had already gone through the same process and had known, to a greater or lesser degree, the same kind of driving school instructor.

Still, I couldn’t stand another lesson with him.

Impossible, I was told when I requested a change of monitor. But, I insisted, I cannot understand what he is saying – something that might be necessary if I am driving on a city street.

The driving track director, who I knew spoke English because that was the language he used to teach foreign students, which sounded and sounded like he was from South East Asia, said changing instructors was impossible. If there are any serious issues, he added, I could talk to him, telling me the issue is serious enough that I can talk to him now.

So no substitute was made.

On a clear Friday morning, the crowded tourist bus left at 6.30am, arriving 40 minutes later at a branch of the Taipei Motor Vehicle Bureau in Shilin District (士林). There were already about fifty candidates lingered outside the shuttered building. Fifteen minutes later, a woman appeared and, with our medical records in hand, called out our names one by one. The call ended, we were separated into three groups and brought into the building.

The written test lasted 10 minutes and after passing the passing grade I boarded another tour bus and waited 20 minutes before leaving for the aforementioned track in Sindian, 45 minutes from the. And so, after I arrive, I am put to the side and told to wait for a bus to arrive with my medical file, which also serves as my registration ID.

When the third bus arrived, I had had enough. Cheeky instructor, late shuttles and continuous waiting. To top it off, when the other stranger gets off the third bus, he is immediately dismissed by the manager and lined up. Five minutes later, he begins the track test, after I have already waited almost 90 minutes.

Annoyed, I walk over and tell the principal that I have to work at noon, preparing to enter into a confrontation if I am forced to wait another 90 minutes or more.

“You are next,” said the manager. And so, 10 minutes later, I go around the track (subtract 16 points for missing the emergency parking space) and finish the road test (no error). I finished at 11:15 am and, after filling out some papers, I was told to pick up my license two weeks later in Gongguan. As I leave, the couple with the cellphone sit on the same stools, giving me a stinking eye for what they rightly think is a stranger who skips the line.

Looking back, I kept thinking the whole five week course was a bust – it sure didn’t teach me to drive safely. But a friend later told me that I didn’t get it: learning to drive isn’t the reason you enroll in cram school. The goal is to pass the driving test. Learning to drive is something that can be done on the road.

THE F-CK FINAL YOU

Two weeks later, I’m not surprised that my passport name couldn’t be found on the license, which I explicitly told the company to add when I signed up for the course.

“The competent authority says the name must be in Chinese,” I am told.

I understand that, I answer, but you are the person I told to use my Chinese first and last names. Why isn’t there both?

It made his sons waver. She then pulls out a piece of paper and tells me to photograph the contact details of the Taipei City Motor Vehicle Bureau.

“You just have to contact them and get them to take care of it,” she said.

As I walk out of the office the woman calls me, “Make sure you give us five stars. “