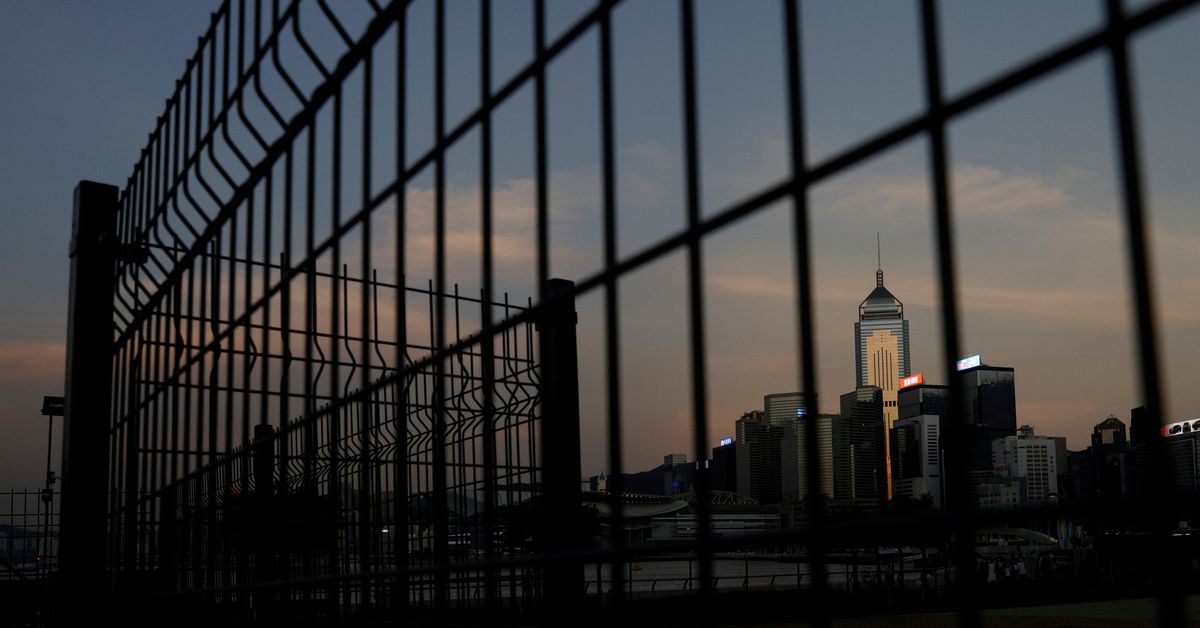 HONG KONG, Feb 25 (Reuters Breakingviews) – Officials in Chenzhou, a municipality in China’s Hunan province, reported on Feb 16 that two people who tested positive for Covid-19 had entered the city after fleeing Hong Kong in a boat, bypassing borders and disease controls. Such illicit departures have now become so common, state media reports, that authorities are offering $16,000 rewards for tips at illegal border crossings. The former British colony, long a haven for Chinese fleeing political and economic chaos, is rapidly losing its appeal.

As Chief Executive Carrie Lam’s administration jails naysayers and fumbles its response to the pandemic, the media has focused on the distress emanating from the Western expatriate community. Their loss, the argument goes, would make the city less “international”.

The 2016 census showed the city had fewer than 60,000 white residents, or 0.8% of the total. Ethnic Chinese make up 92% of the 7.4 million population. The same goes for the stock market: 98% of the constituents of the Hang Seng composite index are Chinese. The handful of rowdy white people chatting in pubs in the Financial District may seem cosmopolitan to locals, but on the other hand, nearly 900,000 Chinese live in the New York metropolitan area.

Mainland migrants, on the other hand, are more numerous and more important to Hong Kong’s future. They share nationality with locals but must obtain visas to move, just like foreigners. Official data shows that around 40,000 on average moved to the city each year between 2010 and 2019 under the ‘one-way permit’ scheme; around 11,000 more a year come through a visa program for skilled professionals from the mainland, and then there are the students. Those who stay seven years can upgrade to a Hong Kong passport, at which point they statistically mix with the locals.

This community plays a crucial intermediary role between the city and the neighboring $15 trillion Goliath. Native Mandarin speakers help banks, luxury brands and manufacturers understand and do business in the People’s Republic. The stock exchange’s charismatic former chief executive Charles Li, who linked stock and bond trading between the Hong Kong, Shenzhen and Shanghai stock exchanges – a game-changing reform – is a migrant from northern China. Each year, banks headquartered in mainland China bear one-third of the fees generated by issuing shares on the local stock exchange, according to Dealogic data. The trade and investments that pass through the city focus almost entirely on the northern market.

Patients were forced to wait outside overwhelmed public hospitals in the midst of a winter monsoon; Adding insult to injury, mainlanders who have visited government medical centers often complain that doctors and nurses are unwilling or unable to speak Mandarin clearly. During a recent visit, a local doctor confessed that she was unable to translate a diagnosis from English to Chinese because she did not know the characters of the patient’s condition.

Official projections suggest the financial hub needs average net inflows of more than 40,000 people a year through 2069 to offset its accelerating population contraction. From late 2019 to mid-2021, the city lost 123,000 residents. Since the contagion rate exploded in mid-February, net departures through the airport and land border have averaged over 3,000 a day.

Pro-democracy protests in 2019 included a localist faction that openly resented Mandarin speakers, so some mainland immigrants applauded the government’s hard line. President Xi Jinping’s interest in the city may be limited to ensuring it doesn’t revolt, but people move there for opportunity, quality of life and even political freedom. Yet despite all of Lam’s performative acts of loyalty, she has made little headway in addressing long-standing economic issues that make Hong Kong one of the most unequal societies in the world. Read more

Like everyone else, mainlanders moving to Hong Kong get ripped off by elite family monopolies, overpaying for rent, education and groceries. The slow pace of digitalization and innovation is baffling to those used to China’s cashless, app-driven way of life. The average Hong Konger can be four times richer than the average mainlander in terms of gross national income. But China’s best and brightest, Western-educated and multilingual, no longer need a stay in Hong Kong to shine internationally. Indeed, mainlanders looking for a multinational experience need not leave China; VF Group, parent company of Vans and Northface, moved its Asian operations center from Hong Kong to Shanghai in 2021, and other global companies and financial institutions are making similar migrations. Pay gaps are narrowing as the city’s stratospheric cost of living erodes its tax advantage. Lam herself encourages young Hong Kongers to move north for work.

Some locals accuse mainlanders of driving up property prices, being rude, brainwashed or worse. Either way, the future of the city depends on them. Hong Kong can afford to lose Western expatriates. It is the Chinese people that the officials must reassure.

– The Hong Kong government reported 8,798 cases that tested positive for the SARS-CoV-2 virus on February 24, 2022. Between February 18 and 24, the city recorded an average of 6,711 cases per day, compared to 2,611 cases per day during the previous seven -day period. As a result, the city will implement its toughest set of restrictions yet.

Reuters Breakingviews is the world’s leading source of financial news on the agenda. As the Reuters brand for financial commentary, we dissect big business and economic stories as they break out around the world every day. A global team of approximately 30 correspondents in New York, London, Hong Kong and other major cities provide expert analysis in real time.