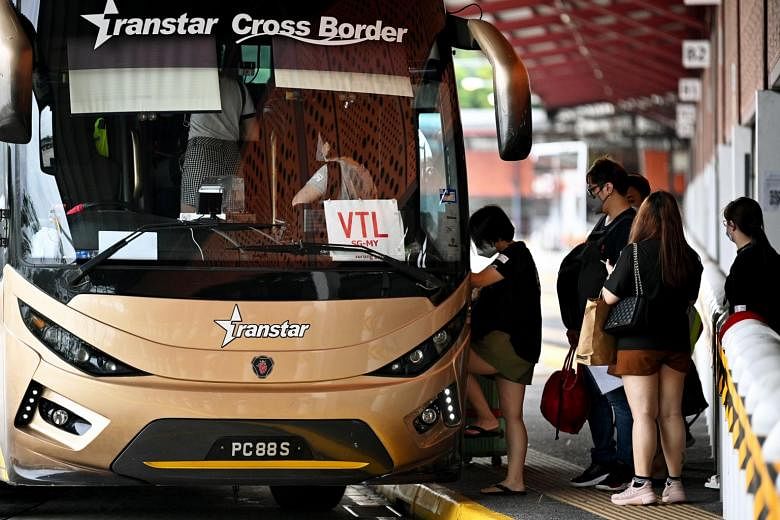 SINGAPORE — The release of extra bus tickets on Friday March 11 for those vaccinated to travel overland between Singapore and Malaysia without quarantine has been met with strong demand, though it seemed less fervent than previous sales.

The additional tickets were released after it was announced on Thursday that the daily quota for land crossings under the Vaccinated Traffic Lane (VTL) between Singapore and Malaysia will be increased from 4,320 to 6,840 from next Monday (March 14). ).

Under the current arrangement, people crossing the roadway under the VTL must use designated buses. Only two operators have been approved to run these trips – Transtar Travel from Singapore and Causeway Link from Malaysia.

On Thursday, Singapore’s Ministry of Trade and Industry said the increase in land VTL quota is equivalent to 76 bus trips in each direction.

To respond to this, the two bus operators added more buses and hired more drivers.

Mr Yap said that after the initial rush on Friday, ticket sales slowed in the afternoon, in part due to the release of additional tickets by Causeway Link at noon for travel between March 14 and April 10.

Visitors to the Transtar Travel website were expected to join a virtual queue in the morning due to a high volume of user traffic, but when The Straits Times visited the website again around 1.30pm, it was not no more queuing.

Most of the sold-out dates were in April or towards the end of that month.

Similarly, according to an availability report on the Transtar Travel website, most of its tickets not yet sold as of 5 p.m. were for travel between March 14 and 17.

Asked about it, Mr Yap said many Malaysians are returning home at the end of the month for the upcoming Qing Ming festival, which falls on April 5 this year.

With the March school holidays starting next week, Mr Yap was confident that tickets for VTL bus journeys between March 14 and March 21 would also sell out in no time.