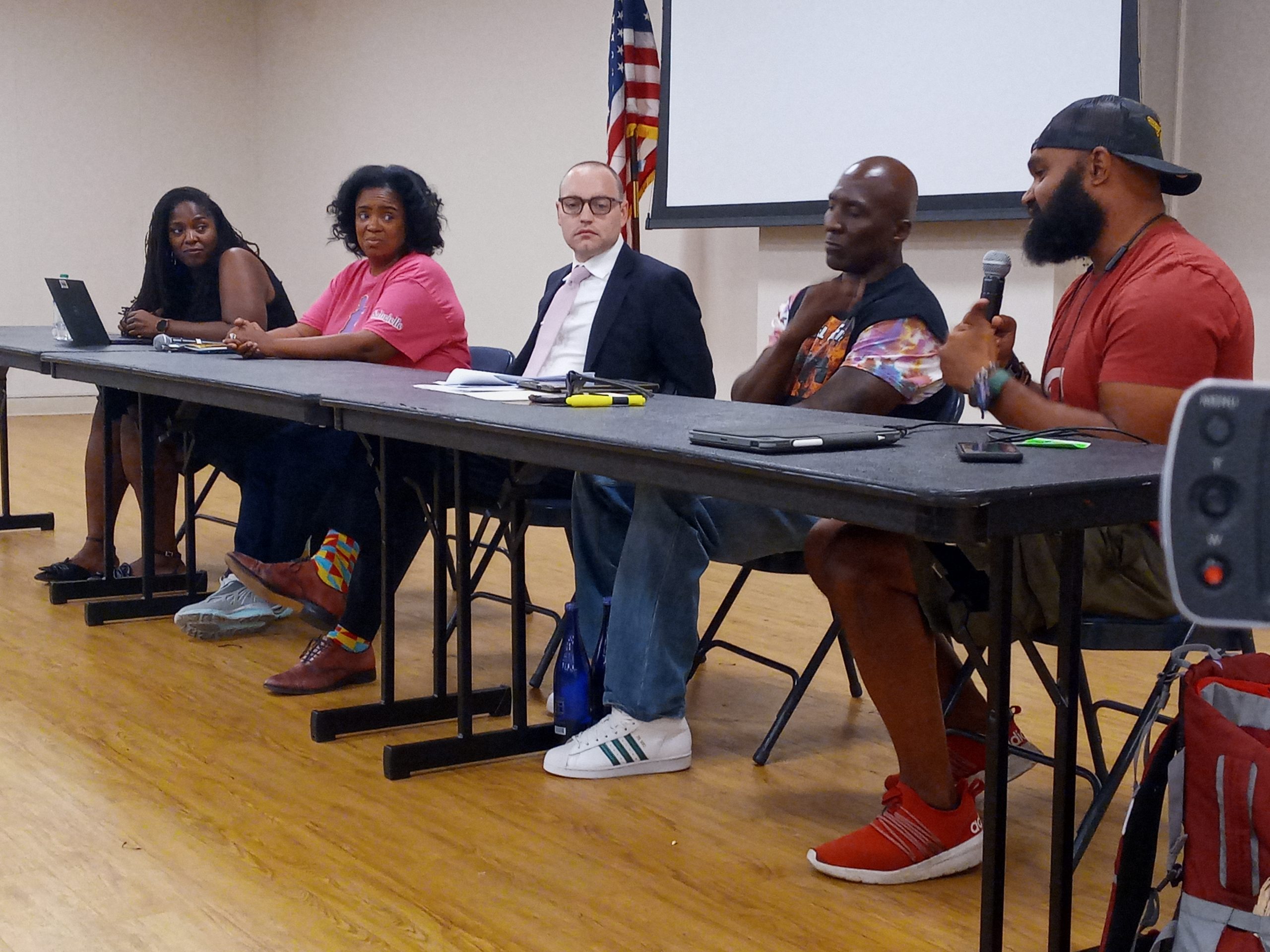 The upsurge in violence during the pandemic over the past two years has caused concern among many New York citizens. Because of this, the Fitness, Fuel and Fire outfit sponsored a very informative gun safety forum at the Adam Clayton Powell Jr. State Office Building in Harlem (163 W. 125th St.) last Friday night where five expert panelists discussed the topic. . Legal ownership and proper training of firearms was the main theme.

“I want to train black people, so they can also teach their children,” said Kwasi Asante, a firearms instructor and competitive shooter. He added that black people should be prepared for any potential enemy because “we are only 13% of the population”.

The US Constitution grants all citizens the legal right to own firearms.

“Since 2008, there has been a 2nd Amendment right for us to bear arms in self-defense,” said sister Julia Jenkins of the Legal Aid Society of the Bronx, who wrote the amicus brief that struck down the law on New York’s guns.

She also mentioned that being convicted of possession of firearms is a “Violent Class C felony, punishable by a minimum sentence of three years. What we see in New York is people being aggressively prosecuted for the mere possession of a firearm.

Firearms instructor Gabriella Muhammad suggested training children in “dry firing” (weapons without bullets) so that they are familiar with the handling of firearms from an early age, and that ‘they aren’t intimidated by them, then “progress to live ammunition as they grow”.

Attorney Robert Schecter commented on a recent court ruling: “In a 6 to 3 decision, the Supreme Court said that if you want to evaluate laws against the 2nd Amendment, we must examine them within the framework of its tradition, which meant that if you passed a law, it had to be in effect in 1776, meaning that most, if not all, gun control laws would be unconstitutional.

He added that gun permits are only granted in specific cases, such as “if you are able to establish a particular need above the general public”. [business owners or security] and people in your neighborhood. The people in power wanted to limit who could [legally] get guns.

He also mentioned the process that people previously convicted of crimes must go through to have their rights reinstated, and that they must file for a disability waiver certificate.

“If you have been convicted of one or more crimes [misdemeanors], and you weren’t sent to a state prison, you can go to court,” he noted. “If you were sentenced to state prison, you must apply to the Department of Corrections [to restore your rights].”

Moderator Batim Asante insisted: “We are going to have to use appropriate language [in court]. There’s no denying it, and once you’ve got it in your hand, with the layout to match, you should be on the road. [to getting your rights restored].”

For those who are denied a firearms license, Schecter’s attorney suggested, “Go to court and file an action in the Supreme Court called a ‘section 78 action’, which you have less 50% chance there. You can apply for a civil disposition certificate in court.

Asante suggested people read a sheet of paper he made available during a “special session of the Senate, because it will tell you all the absurd and draconian new laws that they have implemented”, concerning the gun rights.

He added: “For the majority, women can get their firearms license [easier than men] because they really don’t have too many problems with the law, so you’re in a wonderful position. I encourage every woman here [to get their gun permits]. This isn’t just a gun feel-good reunion. Be proactive to take advantage of this conversation.