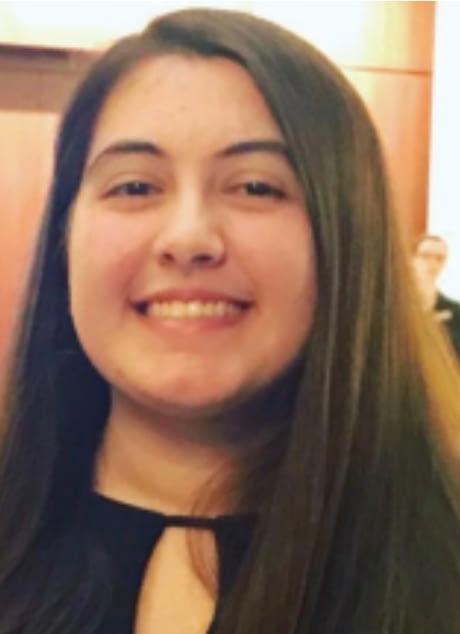 CHICAGO — The Greek Women’s University Club (GWUC) celebrated the organization’s 90th anniversary and the launch of the 200th anniversary of the Hellenic Revolution with the presentation of scholarships to three female students Dec. 29 at Jameson’s Charhouse.

Fittingly, the scholarship recipients received prizes of $1,821 each. “In 2021, as GWUC celebrated the 200th anniversary of the start of the Greek struggle for independence, we thought it appropriate to award Academic Merit Scholarships in the amount of $1821” , said GWUC Co-Chair Harriette Condes Zervakis. “Our recipients may remember the significance of this year when they think about their award,” she said.

The in-person dinner brought together GWUC members and friends and included a holiday musical presentation with Marguerite Matthews, while Joanne Chamis served as host. In addition, GWUC offered copies of the special anniversary edition of Portes magazine to guests.

In attendance were, among others, the Consul General of Greece for the Midwestern States, Emmanuel Koubarakis, who spoke about honoring Greek history. Former GWUC President Theodora Nicolandis spoke about the 90th anniversary of GWUC, while Ruth Faklis spoke about the years of the Revolution.

“The war is said to have led to the formation of modern Greece. But maybe it was the people and the story of their ancestors that created the Greece we know today,” Faklis said. “Their creativity, their thirst for knowledge, their fighting spirit led us to where we are today – a free and independent Greece.”

“I feel honored and blessed to have been chosen for this scholarship,” said Alikakos. “It gives me great confidence as I move forward knowing that I am part of a community, the Greek-American community, that values ​​education and seeks to encourage and support students in pursuing their dreams. “

The GWUC promotes education, encourages the arts, literature and sciences, and improves knowledge relating to Hellenic history and culture. Established in 1931, the GWUC also hosts a biannual national music competition for young Greeks between the ages of 20 and 29 and awards scholarships to young women of Greek descent.

“As high achievers in our community, we congratulate Demetra, Danielle and Angela, and we are confident that they will carry our Greek heritage into the future,” Condes Zervakis said.

Demetra Despina Alikakos is a senior at DePaul University in Chicago. She is pursuing a double major in bassoon performance and mathematical sciences, with a concentration in statistics. Demetra’s official transcripts show that she passed all of her courses at DePaul, including some with topics such as Woodwind Pedagogy, Music and Politics, Multivariate Calculus II, and Applied Regression Analysis. She is still on the Dean’s list for the School of Music.

Letters of recommendation for Demetra cited her “excellent work which impresses faculty, staff and students in our program.” Demetra is the ensemble librarian at the School of Music who “has taken on the task of revamping our orchestral catalog – a very large and time-consuming project”.

Danielle Testen Currently completing a Masters in Special Education at Dominican University. She will also have endorsements for teaching driver training and English as a second language (ESL) to students with special needs.

An associate dean noted: “Mrs. Testen’s academic performance has been outstanding,” adding that Danielle has “strong research, analytical and writing skills.” Danielle’s transcripts attest to this.

The Director of Learning described Danielle as “the quintessential learner” and one who “isn’t afraid to ask the question ‘what if’, (similar to Socrates)…” Danielle has volunteered with the American Legion Women’s Auxiliary, Special Olympics, Easter Seals, and helped third-grade ESL students learn to read. Danielle is currently being tutored in Greek by her daughter who attends a Greek school.

Angela Lee Vainikos is a junior at Loyola University Chicago with a double major in English and Secondary Education. In her letter of recommendation, one of Angela’s professors gave her the “highest recommendation”, citing Angela’s “high level of motivation and academic dedication” and her engaging, well-written and persuasive arguments on complex issues.

Angela’s Scholastic Bowl coach said, “His accomplishments are great, but his potential is even greater. Angela is the secretary of the Loyola Hellenic Student Association. It strives to showcase Greek/ethnic culture on campus, an example being the celebration of “OXI” day.

Additionally, in his home parish of Sts. Constantine and Helen, Angela volunteered as an assistant Sunday school teacher who created lesson plans and a head maid. Angela also worked at After School Matters in Chicago, as a student instructor for students in grades 8-11. This fall, Angela will use her teaching skills as an intern at the US State Department Foreign Service Institute, helping US diplomats learn the Greek language. and cultural.