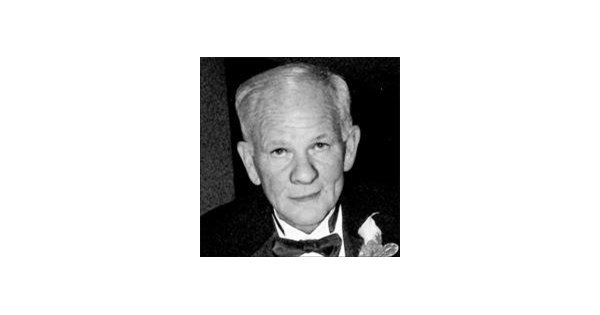 McMAHON, George Christopher Distinguished Veteran and Attorney passed away peacefully at home surrounded by his family on January 26, 2022. Born August 20, 1945 in New Britain, CT, George was one of six children born to Dr. George W. and Patricia McMahon (Mangan). His childhood was filled with happy summers at Black Point in Niantic, CT where everyone knew the McMahon clan. The antics of Maribeth, Faith, George, Maggie, Gregory and Kevin McMahon were legendary. He attended St. Thomas Aquinas High School in New Britain and completed high school at Canterbury School in New Milford, CT. George was a tri-sport athlete and captain at both schools; excel at soccer, basketball and golf. At Providence College, George added football to his list of athletic pursuits, becoming a killer defensive end and halfback for the Brethren, earning him MVP recognition. He was also a member of the Providence College golf team and won the Rhode Island AAU handball championship. He also played flag football for the Marines in Monterey, California. During his distinguished athletic career, George has won countless awards and accolades for his natural athleticism and unwavering dedication to his teams. George was an amazing swimmer and watched life for years at Hammonasset Beach State Park in CT. The waters of Nantucket and Long Island Sound flowed through his veins. George proudly served his country in the Marine Corps. After his time at The Basic School (TBS) in Quantico, Virginia, en route to Vietnam, George was posted to the Defense Language Institute West Coast (Army Language School) in Monterey, California, where he studied and became fluent in Vietnamese. In Vietnam, he first served as a rifle platoon commander of Delta Company’s 3rd Platoon, 1st Battalion, 5th Marines, which was the subject of former US Navy Secretary James Webb’s debut novel ” Fields of Fire”. He ended his tour as a company commander. After Vietnam, George served as the company commander of the 2nd Battalion, 4th Marines in Okinawa. George has the unique distinction of having received the Distinguished Flying Cross as an infantry platoon commander. He was also awarded the Bronze Star with “V” for heroism in combat, a Combat Action Ribbon, and the Vietnam Gallantry Cross Medal. George was a member of the Boston Semper Fidelis Society and the brotherhood of Marines remained a constant force throughout his life. He was devoted to them until his last breath. George was a graduate of Suffolk Law School and a criminal defense lawyer. He practiced law in Massachusetts for over 45 years. During his legal career, he held several positions, including four years as a federal prosecutor with the United States Attorney’s Office in Boston and as a professor of criminal trial tactics at the Trial Advocacy Center of the United States Department of Justice. Justice in Washington, DC. Atti. McMahon has also served as co-counsel to the Massachusetts Supreme Judicial Court’s Special Legislative Committee, co-counsel to the Massachusetts Legislative Committee on Experimental Medical Research, and special assistant attorney general of Massachusetts on numerous occasions. Over the decades, he has defended his clients with a strong sense of entitlement, charisma and unwavering faith in the legal system. He believed that everyone deserved to be heard under the law and he formed lasting friendships with many of his colleagues in the legal community. George lived in Needham for many years where he and Martha M. McMahon raised two daughters, Michaela and Mariah, and he was a constant and strong presence at their football matches, swimming meets, tennis matches and regattas. He was a commissioner of the St. Bartholomew Parish Soccer League, president of the Dinner Club and Parish Bazaar, and a member of the Needham Pool and Racquet Club. Beloved husband of Maria Faillace McMahon, adored father of Michaela McMahon Popeo (Steve), and predeceased by his beloved daughter Mariah McMahon Stanton (Pete). Cherished stepfather of Nicholas Faillace USMC, who joined the Marines because of the enormous and loving influence George had in his life. Brenna, Lindsay, Drew, Jake, Kiera, Lily and Lexi’s funniest and most loving grandpa. Beloved Poppy to Abigail, Charlie, Ellie and Sophie. Best friend and brother of Maribeth Sheehan Ricketson, Margaret Kiernan (Jay) and Gregory McMahon (Mary). He was predeceased by his sister, Faith McMahon Mahoney (Bill), and the Hon. Kevin McMahon (Patti). Brother-in-law of Rita Gilson (Tom), Vincent Faillace, Charles Faillace (Lynn) and Joseph Faillace. A devoted uncle and friend to his 14 nieces and nephews, countless great-nieces and nephews, and an army of Mangan cousins, including his partner in crime, Patrick Scully. George was predeceased by his dear friend and Grandparents Sector Co-Chair, Martha Moynahan McMahon and his nephew, Dr. Gregory Sheehan. George will be remembered for his indomitable spirit, his colorful and daring antics, his athleticism and bravery, his leadership and his dedication to the country and its Marines. Above all, George will be remembered for his love of his family and that sparkle in his eye. George’s 6am phone calls and constant strong presence on the sidelines, at shows, holidays and on special occasions will be sorely missed. Christian Funeral Mass will be Wednesday, February 2, 2022 at 10:30 a.m. at the Church of the Most Blessed Sacrament, 1015 Sea Street, Quincy, MA 02169. Visiting hours will be Tuesday, February 1, 2022, from 4-8 p.m., in the Church of the Most Blessed Sacrament, Quincy. In lieu of flowers, donations in George’s memory may be made to the Semper Fi Fund http://www.semperfifund.org or the Boston Children’s Hospital Trauma Program http://www.bostonchildrens.org/giveinmemory For more information and condolences online, please visit: www.hamellydon.com