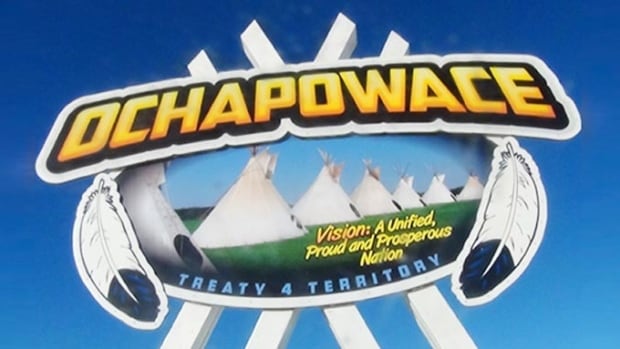 Every morning when the school doors opened to the Ochapowace Nation, Albert Isaac was there in his wheelchair with his smudging bowl, greeting people.

The 65-year-old went from class to class to pray and smudge with students at Kakiswiew School, said Nicole Bear, director of education for Ochapowace, a Cree Nation about 155 kilometers east of Regina.

Isaac was not at school on Monday. The elder died at the scene on Sunday after the vehicle he was driving collided with a train east of the village of Waldron, Saskatchewan, at the Highway 9 crossing. Waldron is located about 155 kilometers northeast of Regina.

Isaac’s three grandchildren who were with him in the vehicle were seriously injured and are being treated at a hospital in Saskatoon, according to the Ochapowace Nation.

“A lot of questions are going through everyone’s head. How could this have happened? You know, it’s so sad that it happened and so fast and so tragic.”

The cause of the accident is still under investigation, the RCMP said Monday.

Community fundraising to support the family

The Community Health Department has organized a GoFundMe page to support the family of the three injured children with expenses while in Saskatoon.

At least two of the children need surgery, and one of them is “in a coma with severe brain damage,” according to the GoFundMe page.

By Wednesday afternoon, the campaign had raised $5,350.

On Wednesday, Ochapowace Nation Chief Margaret Bear said she had no up-to-date information on the children’s health status.

Elder was a mosôm for the students of Kakiswiew School

Isaac was very involved in his community.

He was particularly active at the Kakiswiew school, where he was the eldest and mosôm – a grandfather – for the children.

For more than 20 years, Isaac has served the First Nation school community in a variety of roles, including as a school bus driver, drumming instructor and EA in targeted behavior, teaching children about culture and language, said Nicole Bear.

“He has a special role for us at school,” she said. “His life was spent singing, pow-wows, dancing, praying. He was a wonderful person.”

Losing Isaac was difficult for the students and the school community. For the past eight years he has worked as a cultural advisor as well as an EA. Isaac was one of eight elders who came to Kakiswiew School every day, Nicole Bear said.

“These seniors who come, they work with our students, they’re just as important as any other high school teacher,” she said.

A counselor and a cowboy

Apart from his commitment to school and daycare, the 65-year-old was also a leader. Isaac served as a councilor for 12 years, according to Chief Margaret Bear. He was one of the oldest people – the kehteyak – in the community, she said.

“They are our knowledge keepers, our historians,” she said.

“Albert, he was quite involved and immersed in his cultural traditions [and] ceremonies.”

Isaac was also a powwow singer with the Crooked Lake Agency, the chef added.

Isaac’s resume was full of diverse backgrounds and skills.

“The other thing people don’t know about Albert is that he was also a cowboy in his early years,” Nicole Bear said.

“Horse culture was very important to Albert, and he loved having horses to be part of the celebrations.”

“He will be missed”, says the chef

Due to the ongoing investigation and autopsy, the community has not yet been able to set a date for the funeral, Chief Bear said.

In the meantime, family and friends are gathering and supporting each other at Isaac’s mother’s home, she added.

Chief Bear says she knows Isaac is in a good place now.

“He will be missed,” she said.

“A lot of his good friends are already on the other side, and I know he’s happy and loving it there.”