FFS under Samson Karebo: Building the blocks for rapid transformation 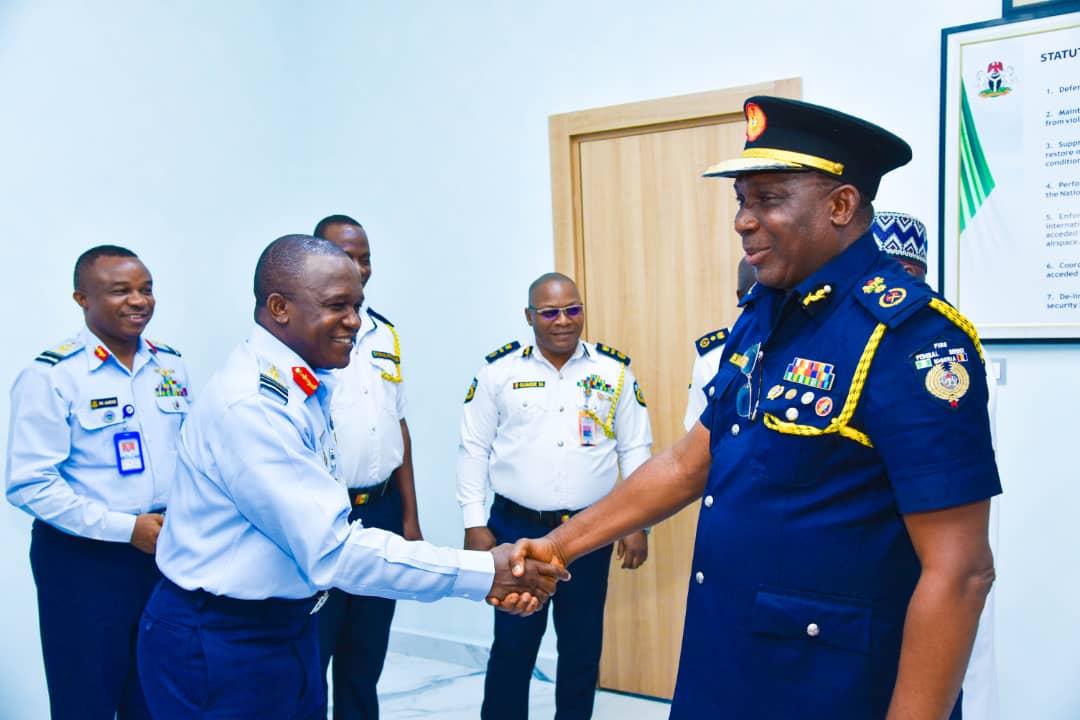 The recent news of the appointment of DCG Karebo Samson as the new Acting Comptroller General of the Federal Fire Service by President Muhammadu Buhari came as no surprise to many given his record of patriotic and dedicated service to his homeland. .

Karebo succeeds former FFS Comptroller General Liman Ibrahim. And with its solid track record, Nigerians could rest assured that under DCG Karebo, the FFS as a critical agency of government will be effectively repositioned into a high-performing, value-based public institution that will ensure standards of citizen safety with a vision towards protecting the lives and property of Nigerians.

Obviously, Karebo Samson comes on board as the new helmsman of the FFS with a cognate experience of public service where excellence has been the hallmark of his inspiring career over the years. There is no doubt that the FFS under his leadership will become more dynamic, proactive and innovative, as his patriotic zeal, energetic brilliance and proven capacity for innovation in leading the country’s supreme security agency are evident given his antecedents.

Karebo has begun the process of fundamental reforms that will transform the Federal Fire Service (FFS) into a results-oriented public institution well positioned for its mandate as a catalyst for the country’s socio-economic and human capital development. The fire chief, who officially took office recently, has continued to inspire internal and external support for the service, through a series of consultations aimed at building consensus around the reforms. In one such consultation, the leaders of the Federal Fire Service and the Nigerian Air Force agreed to forge their tactical expertise to suppress and stem the tide of relentless fires in the country.

According to him, the synergy aims to deploy air planes and other aerial means to fight against large fires. The chain of operations will command tactical command on the ground and other aircraft in the air. Karebo maintained that its duty to protect and prevent fires in the country is the core mandate of the Federal Fire Service and pledged to not only meet its obligation but to exceed expectations.

According to him, the consultations are anchored on the tripod of a three-point rebranding program; training and redirection, transparency and accountability, and accelerating the will of Nigerians to take ownership of firefighting.

Born on August 11, 1965, Karebo joined the FFS as a rookie firefighter in 1987, becoming the top overall rookie to pass out. He attended the Institute of Fire Engineering in Leicester, England, where he passed the preliminary certificate examination. Karebo had a distinguished and accomplished career which saw him work and achieve remarkable results in virtually every unit of the FFS. He was NCO Instructor at Surulele FFS Training School from 1993 to 1995, Operations at Apapa Fire Station from 1995 to 1997. He served as Protocol Officer to the Area Commander from 1997 to 2006.

From 2006 to 2009, Karebo served as the Public Relations Officer of FFS Lagos Command from where he was posted to Abuja. Between 2009 and 2010 he was area commander of Wuse and Garki stations respectively. In 2014, Karebo was the Commanding Officer of the National Fire Academy and was assigned to other FFS areas and later appointed ACGF Federal Operations and DCG Operations in 2020 and 2021 respectively.

He holds a Bachelor of Arts (BA) in English Language from Lagos State University and a Masters in Disaster Risk Management and Environmental Studies from Ahmadu Bello University, Zaria.

Karebo has completed different career development courses nationally and internationally, some of which include Low Intensity Conflict in Homeland Security, Protection of Civilians Course and Disaster Management Course at Jaji and University of Bournemouth, UK, respectively.

President Muhammadu Buhari’s choice to appoint an accomplished, forward-looking and futuristic professional, in the mold of DCG Karebo, to lead the FFS will do the nation a great service, as the new CG is an effective team player which will build on the successes. of his predecessors and take the agency to greater heights for the safety of all Nigerians.