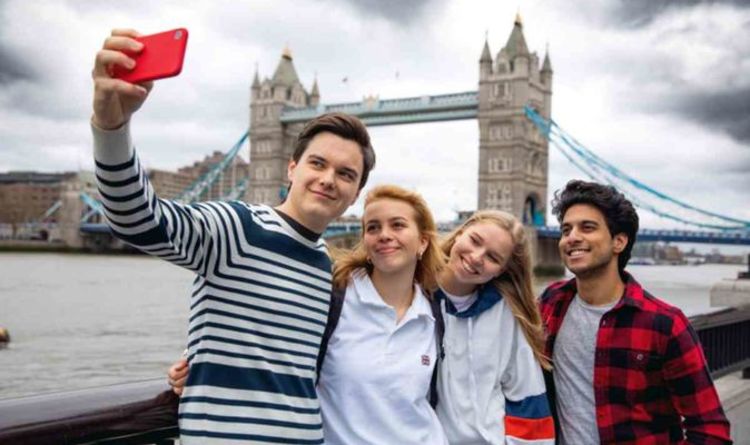 According to a survey by the Tourism Alliance, teachers in EU schools “find it too difficult to organize trips to the UK”. Director of the UK-based Tourism Alliance, Kurt Janson, said: “Businesses that rely on international travel have done poorly, language schools, events, conferences. And because the reservation times for these things are longer, they will take longer to recover.”

Data from the Tourism Alliance revealed that 52% of tourism businesses suffered a drop in revenue of more than 50% after Brexit.

Today, nearly a quarter of those companies still have Q1 2022 booking levels that are down more than 50%.

Mr Janson, speaking to City AM, said: ‘Now that we have left the EU and all visitors must have full passports, teachers find it too difficult to organize trips to the UK.

JUST IN: We are no longer in the single market! Liz Truss bursts into EU

Additionally, 55% say they have less than two months of cash reserves.

Tourism Alliance has now asked the government to increase funding for international marketing.

They want the UK to issue a low-cost 5-year visitor visa and to revise package travel regulations and introduce a ‘traveller list’ scheme for student groups.

Mr Janson, speaking to City AM, said: “Now that we have left the EU and all visitors must have full passports, teachers are finding it too difficult to organize trips to the UK and are taking their English pupils in Ireland and Malta instead – risking the collapse of the UK’s £1.2 billion language schools industry and a major component of the UK’s soft power.

“Implementing a simple ‘traveler list’ system in which teachers accompanying school children list their students on a document that is checked upon entering and leaving the country would solve this problem.”