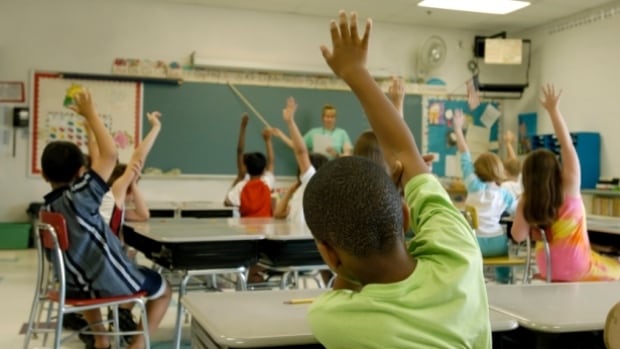 The current elections for school trustees in Manitoba would not take place if the provincial government’s proposed education reform bill had been passed.

And although the province ultimately backed down from public outcry over Bill 64, which would have eliminated all English-language school boards and replaced them with a central school authority, people who show up in the largest district Winnipeg school say it continues to impact Oct. 26 votes.

“I feel like the events of the past few years, with the provincial government’s stance on public education, have really caused some people to take the personal and financial risks” of running for office, said Rebecca Chambers, running in the Winnipeg School Division. District 4.

Currently, three of the division’s nine seats are vacant. Two of them, including the one sought by Chambers, have stood empty since their former trustees were elected to the provincial legislature in 2019.

Board chairwoman Betty Edel said it’s not normal for a school district to operate with a third of its seats vacant.

“During Law 64 and the pandemic, I don’t know if I would say anything was normal,” she said.

The Winnipeg School Division had planned to hold a by-election in March 2020 to fill vacant seats in Wards 3 and 4, despite objections from the province that those positions could be eliminated in the next round of reforms.

The arrival of COVID-19 in the province the same month led the government to suspend these plans indefinitely. Since then, a third seat became vacant when the council voted to remove Ward Five’s administrator for failing to attend regular meetings.

After the province unveiled Bill 64, the Education Modernization Act, the ensuing public consultation process brought together a wide range of people opposed to the government’s proposed changes, says Melanie Janzen, professor in the Faculty of Education at the University of Manitoba.

“We had rural and urban people opposed,” Jantzen said. “We had many school organizations, superintendents, commissioners, school boards, teachers’ societies, parent groups – Bill 64 is a flashpoint for paying attention to public education.”

Trustees represent the local voice of community members, providing a direct channel for policymakers so people can voice their concerns about what they want to see in their schools, Janzen says.

In addition to raising awareness of school boards, Bill 64 could encourage more people to run for office this year.

“Several members of the community have approached me to introduce myself, and I have heard people asking who their school trustee candidate would be so they can look it up,” said Jennifer Chen, who is the current Ward 6 counselor at the Winnipeg school. Division, but not seeking re-election in the fall.

Tamara Kuly, who is running for the Ward 7 seat, says she got heavily involved in her children’s school out of concern about Bill 64 and the COVID-19 pandemic.

It is her first time running for office for the financial consultant and mother of two, although she has worked on other campaigns, including that of Melissa Chung-Mowatt, who ran for the last year for the NDP in the federal riding of Winnipeg North.

“It’s not a space I’m very familiar with or very comfortable in, but it’s something I’m willing to try,” she said.

Like the Winnipeg School Division, there are higher than normal vacancies in divisions across the province due to the pandemic and Bill 64, says Alan Campbell, president of the Manitoba School Boards Association. and administrator of the Interlake School Division.

There are 38 school divisions in Manitoba, with approximately 290 administrator positions to be filled. Of those, about 20 are currently vacant, Campbell says.

It is too early to know exactly how many names will be on the Oct. 26 ballot. Unlike municipal candidates, school trustees do not need to register until the nomination period, which runs from September 14-20.

The underlying sentiment when you talk about this upcoming election is that if Bill 64 had succeeded, there would be no election. When you present it that way, it’s shocking to people and it gets people talking whether they’re considering running for office or not.”– Alan Campbell, President, Manitoba School Boards Association

While races in Winnipeg may have a larger number of applicants than previous races, that may not be the case across the province, especially in rural areas, Campbell says.

Many of the people Campbell met during the Bill 64 debates don’t necessarily have the time or ability to take on the job of trustee.

“The underlying sentiment when you talk about this upcoming election is that if Bill 64 had succeeded, there would be no election,” he said.

“When you put it that way it shocks people and people talk about it whether or not they’re considering running for office.”

Over the past year, Manitoba has moved from an “existential crisis in local school board governance” to conversations about what the partnership between school boards and the provincial government should look like, says Campbell.

The province has established a consulting team as it moves to phase out the school property tax and replace it with an alternative model of public education funding.

These are conversations potential directors like Chambers will take part in if elected in the fall.

“I’m really excited for the next few years in public education in Winnipeg,” Chambers said.