did you play any of these spin-offs? 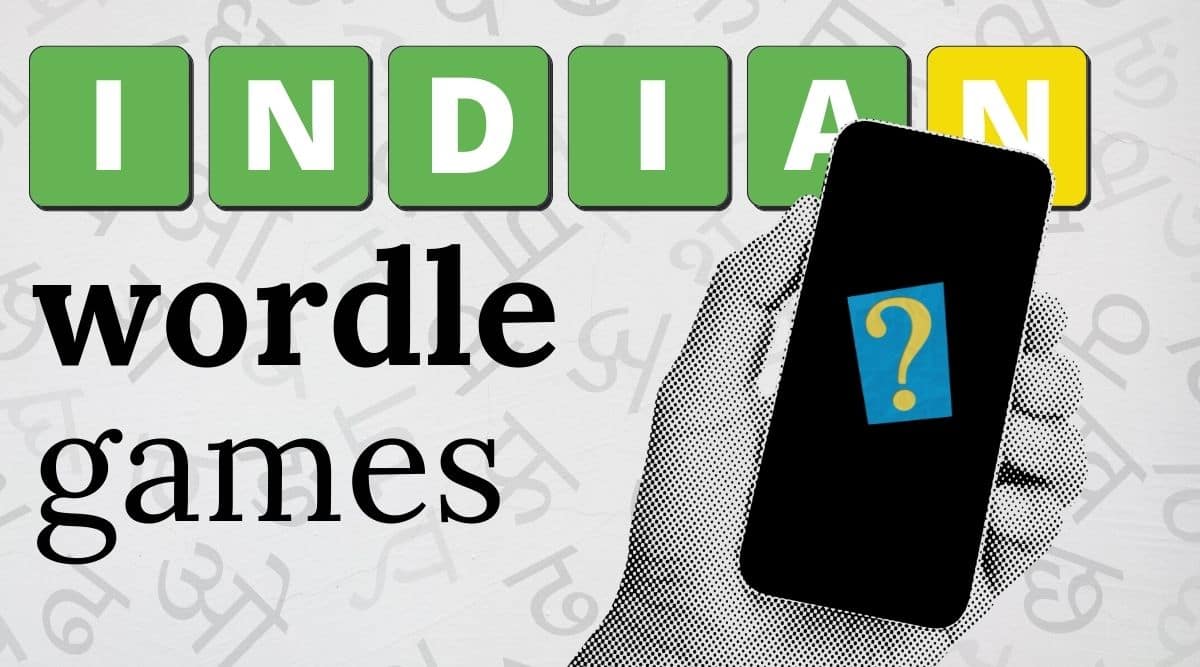 When Kartik Chandra created Shabdle, a Hindi version of Wordle, he didn’t think a single player would be loyal. A student at MIT, Chandra had seen the Wordle spinoffs in foreign languages ​​and was inspired to create a prototype in Hindi while on vacation. “I just put it online to show it to friends…and then I forgot”.

But that was January, when Wordle’s popularity was soaring. Regular players were bored of the English Wordle, and “Hindi Wordle” was a rising search term in India. So when Chandra’s project filled that need, it ended up with over 200,000 players.

Since June, Shabdle and other Indian language words like Accher (Kashmir), Shabdakhool (Marathi) Tamil Aadal (Tamil) and Shobdle (Bengali) have carved out a special place for themselves on the Indian internet. Not only did these games allow people to enjoy a global trend without the barriers of English, but they also allowed expats and young people to connect with their native language in a fun and meaningful new way.

“The game was played by many grandparents and grandchildren together,” says Chennai technician P Sankar, of his game Tamil Aadal (“playing with Tamil”). Sankar was surprised by how quickly people rallied around his creation: it seemed like everyone was waiting for one person to ignite the spark.

Tamil Aadal received 3,000 visitors on the first day and soon received a series of requests from Tamil speakers around the world, including young first-generation Americans, who wanted to help with the game’s code. Eventually, the community took over the reins. “Other than the first days of coding, I don’t do much for the project now. I just tweet about the new word every day, but word tuning is all done by the community,” says Sankar, who wanted to “bring Tamil into the digital age.” His spin-off definitely seems to be paving the way.

From too many players to not enough

Similarly, 23-year-old Haider Ali Punjabi aimed for positive representation when creating his Kashmiri Wordle, Accher (“alphabet” in Kashmiri). An MCA student in Srinagar, Punjabi knew how to integrate Kashmiri script into technology projects and created Accher with a simplified keyboard to keep the game easy. But soon he encountered a demographic roadblock.

“The only audience for this game were people who could read/write Kashmir, which unfortunately I learned was a very small number,” says Punjabi. “The majority of Kashmiri people cannot read or write it, although they speak it very well. This is largely because cashmere has not been taught in schools. It was introduced when I was in school, so people my age and younger are exposed to it.

Kashmiri is spoken by around 7 million people in India, according to the 2011 census. But Punjabi are not one to lament the lack of players; instead, he wants to help overcome it with several digital projects. “One of my goals is to add examples of Kashmir to the internet, so that new generations will be interested in it,” he says.

Page from a Kashmiri language book, showing the complete alphabet.

Shobdle: Love Across the Border

In a separate chat, the creators of Shobdle, the Bengali Wordle, echoed this interest in bringing quality language projects online – of course, they would have a lot more players to work with. Bringing together India, Bangladesh and the diaspora, Bengali has over 200 million speakers worldwide.

Shobdle (“shobdo” meaning “word”) was developed by Dhaka-based tech company Devs Core for International Mother Language Day (February 21). Also known as Shahid Dibosh, it is an important festival to remember the martyrs of the Bengali language movement. But despite launching with this patriotic connection, Shobdle has garnered more attention from West Bengal than in Bangladesh.

Devs Core don’t know how it turned out, but they’re happy with Indian support and the growing pile of suggestions and bug reports, which prompted them to work on a 2 release. appealing, says CMO Md Tahseen Quayum, but the lack of digital resources on Bengali is a problem. “Given the huge corpus of Bengali words, we often get reports of a legit word being rejected in the game. The dictionary we used just didn’t have them…there’s still a long way to go. Bengali’s digital infrastructure.

The challenge of using Indian scripts

With English as the lingua franca – and the Roman alphabet being easier to type – there hasn’t been much incentive for Indian scripts to develop online for commercial purposes. Of course, you will find them on some blogs and news portals, song lyrics sites. But to create an accurate Indian language Wordle, you need a complete dictionary in this script which is available as an open source file. Otherwise, like Shobdle, you’ll always have players complaining about missing words.

Once you have found an acceptable dictionary, the second challenge is to turn this script into an on-screen keyboard. Like Accher, if the alphabet is too big, you have to remove some letters (and therefore words) to keep the game simple. You should also consider how Indian consonants combine to form conjunctions: the “-ksh” in “shiksha” or the “-thh” in “patthar”, for example. How would you capture that in a way that players can actually guess? Does each spouse have their own box, do you separate them or remove all words with spouses?

These challenges certainly push Indian Wordle players to think about their native language in a deeper way to win, a way that is not required in English. Caltech astronomer Ashish Mahabal, who created Marathi Wordle Shabdakhool, solved the conjunction problem by providing the “shape” of the word and the number of conjunctions in each letter:

Tutorial for playing Shabdakhool, where you are asked to guess using the “shape” of a word. (Source: shabdakhoool.games)

“People had fun trying to think of words by their shape. Many said they had never done this exercise,” Mahabal shares. But the extra time needed to think differently also alienates impatient players, who want to an easy fix. This keeps nuanced games like Shabdakhool from going truly viral, even if it has a large number of speakers. But Mahabal doesn’t seem too bothered by that. His broader desire for people engaging with the Devanagari script has taken off, with users on the Marathi Maayboli site, as well as Facebook, posting Shabdakhool scores daily.Shabdakhool now has three versions: an infinite (the original) and daily ones with three and four letters, and there are promises for its audience to grow.

In short, if you give them multiple chances and contribute – with code, design, or PR – wherever you can. Almost all Indian words started out as passion projects, with no expectation of virality. Many were launched at the same time, or even before famous spinoffs like Nerdle or Worldle. However, their number of visitors is far from comparable to foreign versions.

It may be due to a lack of marketing, but it’s also because there’s a deep-rooted apprehension among Indians about trying things that challenge our day-to-day ways of thinking, even if it’s something so harmless as a puzzle.

“It’s a mystery to me how he attracted such an audience,” muses Kartik Chandra, of his little Hindi experience Shabdle.

Chandra, who created the Hindi Wordle, says he is happy to keep playing as long as he brings joy to people. The other developers show no signs of wanting to close up shop either. But to motivate those early creators to keep going, players have a responsibility to engage, amplify, and show solidarity.

In the US, UK, and Canada, Wordle is already used for K-12 education, corporate tournaments, and everyday ties in employee gaming leagues. We already have the technology ready, so with enough awareness, what about that desi can’t the spinoffs unlock the same potential in India?