Demetrios Liappas, director of the Caloyeras Center for Modern Greek Studies, has died 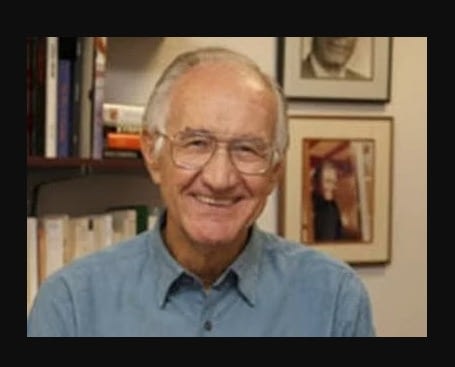 LOS ANGELES – The Basil P. Caloyeras Center for Modern Greek Studies at Loyola Marymount University has announced the death of Demetrios Liappas, director of the Center from its founding in 1980 until his retirement. The full statement follows:

It is with great sadness that we announce the passing of Demetrios Liappas on Sunday, February 20, 2022.

Director of the Basil P. Caloyeras Center for Modern Greek Studies from the program’s inception in 1980 until his retirement in 2015, Demetrios worked tirelessly to promote Hellenism at the university and in the Greek-American community of Southern California.

Educator, mentor, activist and friend dear to many, Demetrios was a true Hellenic. His ethos, his kindness, his generosity of heart and his modesty about his many accomplishments were unparalleled.

Demetrios was a proud Macedonian. Born in Nestorio, near Kastoria in northern Greece, his childhood was marked by the troubles of Nazi occupation and civil war. Raised in Thessaloniki, Demetrios was a sea scout and football player who was recruited for the youth team of professional football club Axios.

His life changed forever when, at the age of 18, he and his family immigrated to Cleveland, Ohio. Demetrios’ new life began in the United States with his typical industry and intelligence. He studied mathematics at Case Western Institute of Technology, Western Reserve University and Ohio State University. As a young professional, Demetrios was at the forefront of the new field of computing. He was an expert with the Atomic Energy Commission and an analyst of computer systems for the most prestigious companies of the time, including Honeywell and General Electric. After a year working in Athens for a GE subsidiary, his career path took him to Southern California in 1968.

In 1973, Demetrios heard of a conference on modern Greek poetry at Loyola Marymount University, and he fatally decided to attend. There he met the charismatic Professor Emeritus of Humanities, Hugh Gray, a brilliant scholar, film aesthetician, screenwriter and lecturer, whose vision was to create a center for modern Greek studies. With the support of many involved community members and the enthusiasm and generosity of Peter Caloyeras and the Caloyeras family, in 1974 the Basil P. Caloyeras Center for Modern Greek Studies was founded at LMU. Demetrios offered the first language course while teaching computer classes.

In 1980, Demetrios became the director of the Caloyeras Center. Under his leadership, internationally renowned speakers visited the LMU campus. Kimon Friar, the famous translator of modern Greek poetry, Eleni Samiou Kazantzakis, widow of Nikos Kazantzakis, and Nicholas Gage, the famous journalist, historian and author of Eleni were some of these early guest speakers. Courses in Greek Orthodoxy, history and literature enriched the program soon after. Demetrios gradually invited performing artists like dancer and choreographer Athan Karas to teach at the Center and organized art and photography exhibitions, poetry readings and film screenings alongside the ongoing teaching program in Greek language.

Demetrios’ vision for the Center was realized in partnership with other organizations such as the Greek Heritage Society, the Hellenic University Club of Southern California, and the American Hellenic Council of which Demetrios was a founding member. The Caloyeras Center for Modern Greek Studies has become a focal point of the intellectual and cultural life of the Greek-American community in Southern California.

In 1996, Demetrios led efforts to establish a minor degree in Modern Greek Studies and integrate the program into the core curriculum at LMU. Under his leadership, the Center has grown to offer twelve to eighteen courses per year. With the help of many generous benefactors, Demetrios raised funds for numerous scholarships and academic awards to study at LMU and the Odyssey Study Abroad program in Greece, one of his proudest achievements as Director of the Center. The Odyssey program has brought hundreds of students to Greece for an intensive month-long academic and cultural experience. In 2009 Demetrios served as Acting Director of the Michael Huffington Institute at LMU. Since retiring in 2015, Demetrios has remained a part-time instructor and generous consultant.

Apart from his activities at the Caloyeras Center, Demetrios was an ardent supporter and defender of Greek political causes. In 1974, in the aftermath of the Turkish invasion of Cyprus, together with the Honorable Andreas Kyprianides, Honorary Consul General of Cyprus, Aris Anagnos, Ted Polychronis and Jim Dimitriou, Demetrios became one of the founders of the Save Cyprus Council, which is became the dynamic and respected political action group, The American Hellenic Council, in which he served as a board member until his death. In 2010, in recognition of his achievements in the field of education, the Hellenic American Council awarded Demetrios the Saloutos Award, shared at the time with his longtime friend, Zoyë Fiddler, founder of the Greek Heritage Society.

The Caloyeras family sends its deepest condolences to his wife Katharine and his family. He will be missed not only as a longtime director of the Basil P. Caloyeras Center and a dedicated pillar of the community, but also as a dear friend of the family.

A memorial honoring his life and his many contributions to the Caloyeras Center, LMU and the community will be held in April.

In lieu of flowers, the family asks that you consider a donation to the Caloyeras Center.

May he rest in eternal peace!