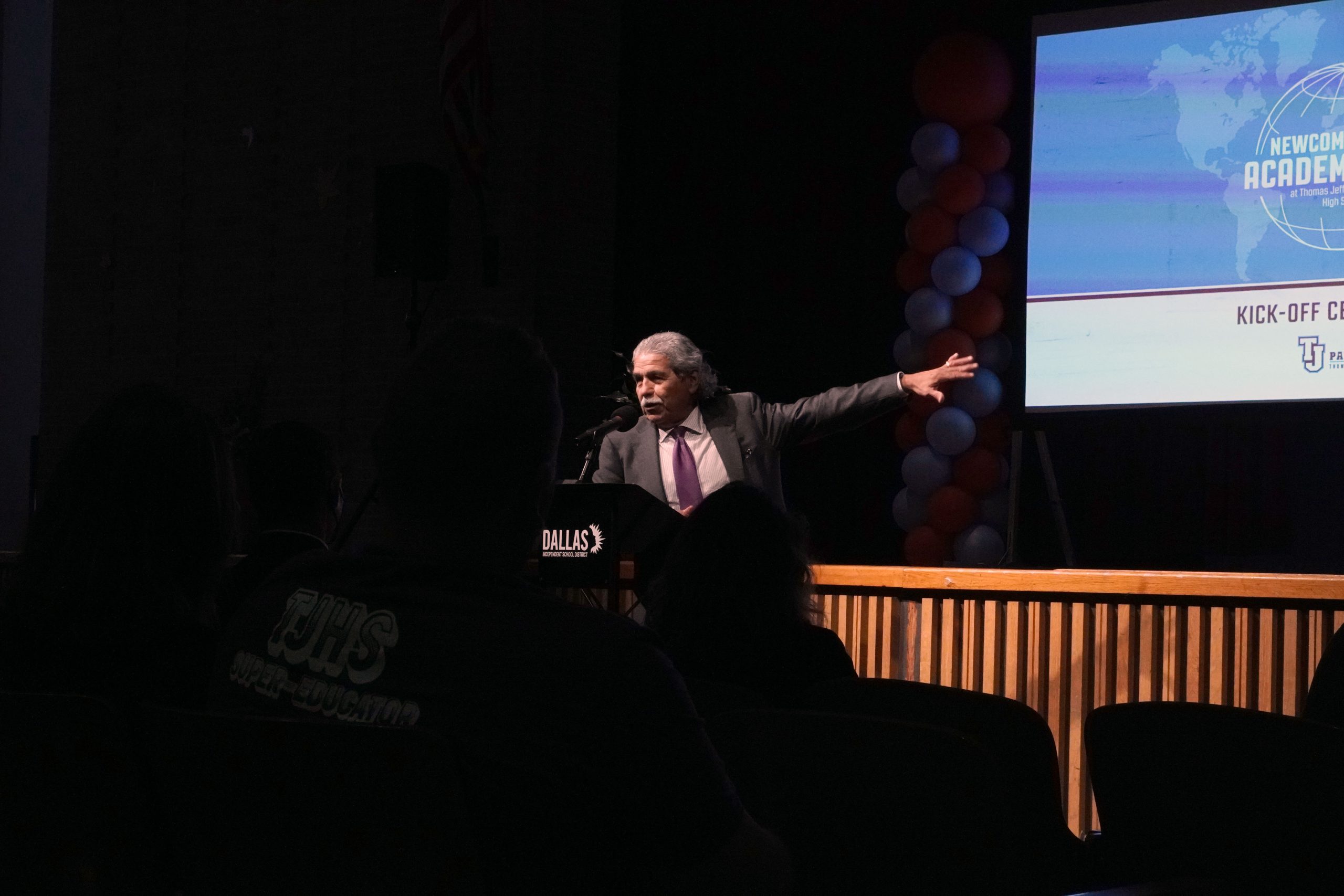 Thomas Jefferson High School, in conjunction with the Dual Language ESL department, will launch a Newcomer Academy in the 2022-2023 school year to provide additional support for students who are recent immigrants and are learning English.

The Newcomer Academy will serve Jefferson High’s 9th and 10th graders who are new to the country – approximately 240 students – by placing ESL-certified and content-certified teachers who will be trained to provide instruction that promotes concurrent mastery of content and Language.

“The goal is for students to learn English and gain content knowledge, like math, science, social studies, at the same time,” said Amanda Clymer, director of Dallas ISD’s Dual Language ESL department. . “Research shows us that it’s the best way for students to succeed academically, if they have this simultaneous mastery of content and language together and not separately. What we strive to do is ensure that our newcomer students can acquire content and language simultaneously, so they can succeed in high school and beyond.

For decades, Dallas ISD Schools in Northwest Dallas have been known as educational havens for new immigrants. Dallas ISD uses the term “newcomer student” to refer to someone who has been in the country for less than three years. For the past several years, Thomas Jefferson High has been one of the campuses with the largest population of newcomer students in the state.

“If you just look at our freshmen, brand new to school and brand new to the United States, there are over 150 students this year,” Principal Jones said. “The campus has 1,500 enrollments and almost 50% of our students have been at some point in the past four years classified as newcomer students. If you include the number of students who were in ESL programs in elementary or middle school, we get to about 75% of our student population who, at some point in their school careers, were newcomers. This is why this program is essential to the success of our students.

The Newcomer Academy at Thomas Jefferson High will be a school within a school – a concept similar to the already existing Dallas ISD P-TECH and Early College High School/Collegiate academies. The program will be housed in an area of ​​campus with additional resources, additional teachers, additional teaching materials and support, dedicated to accelerating students’ English language fluency and content mastery.

“I was born and raised in Mexico City and had the good fortune to study in the United States,” administrator Flores said. “I was able to get my doctorate. and study law. Those are the kinds of opportunities that exist in this great country for our people. This academy aims to support our students and open doors to this community.

“The integration of foreign-born residents is critical to the social, cultural and economic future of Dallas,” Judge Jenkins said. “In 2017, there were 300,000 immigrant homeowners in North Texas, representing over $70 billion in property value. We have over 100,000 immigrant entrepreneurs who generate close to $3 billion in business revenue.