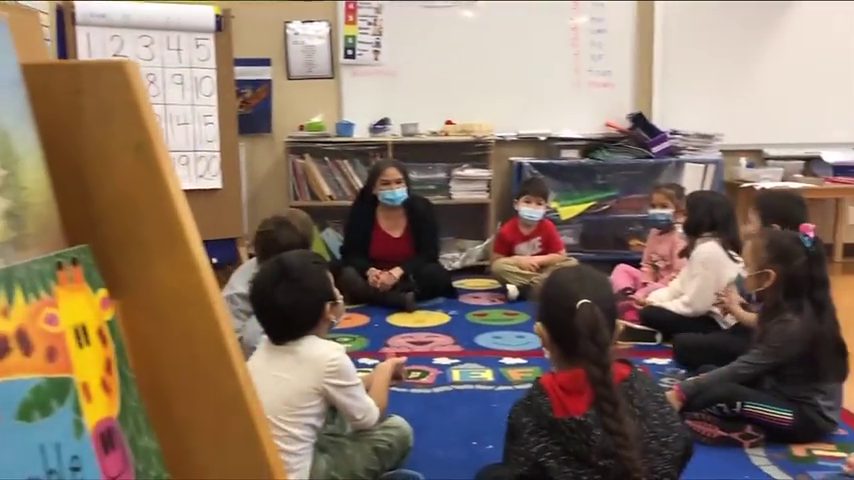 The younger generation of Cowichan tribesmen learn the ways of their people – and the pride of the culture – at their own Indigenous school in Duncan, after years of suppression for their ancestors.

“Then they will learn how to treat others in the future,” said Marlene Tommy, teacher at Quw’utsun Smuneem.

Quw’utsun Smuneem is a Kindergarten to Grade 4 school of the Cowichan Tribes, which has been operating since 2003.

“Just to see them speak Hul’qumi’num in the classrooms, in the gymnasium, in the playground.” It’s remarkable, ”said Tracy Sylvester, Hul’qumi’num Program Manager at Quw’utsun Smuneem School.

The program is about to expand.

Cowichan Tribes just voted to create its own independent school district, along with the Dididaht First Nation and two others, as Indigenous communities take back control of their children’s learning.

“So we’re going to create a council together and we will agree on what the program will look like that we will be offering in all of our schools,” Coun said. Stéphanie Atleo of the Cowichan tribes.

It’s a breakthrough for Atleo, who is trying to learn his language as an adult. According to Atleo, she lost it when she was little, when her grandparents stopped speaking it, fearing that they would be punished if they did.

“It will be a few years before we are fully implemented in this process, but we are bringing the resources together now and we are starting to get started,” Atleo said.

“We are living in exciting times. I see a revitalization, an awakening of our language, ”Sylvester said.

As the children take their teachings home and inspire parents and grandparents who have been stolen from them to speak the Hul’qumi’num with pride again.

Years of achievement in preparation, this is already yielding exciting results.