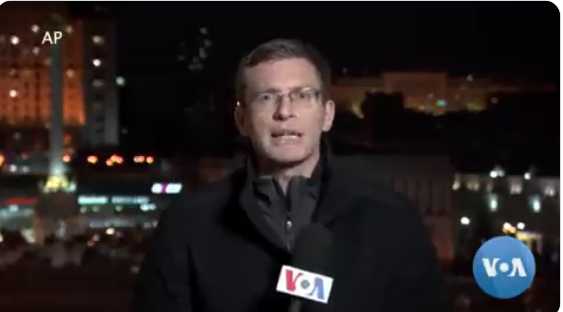 Several netizens were stunned by Crowther’s mastery of multiple languages, including the official Twitter account of language-learning app Duolingo

As tensions between Russia and Western nations continue to rise over the Ukraine issue, people around the world are eagerly watching the news for more details on the situation. As the media continues to publish the latest updates from the volatile region, social media users have been impressed by multilingual journalist Philip Crowther’s coverage of the Russia-Ukraine crisis.

In a video circulating the internet, Crowther can be seen speaking about the tense geopolitical situation in six different languages. The talented journalist eloquently described the current situation in Ukraine in English, French, German, Spanish, Portuguese and Luxembourgish. He had shared a montage of his reports in different languages ​​on social media on February 21.
Watch the viral video here:

“Six-language coverage of Kiev with @AP_GMS. In this order: English, Luxembourgish, Spanish, Portuguese, French and German,” was the caption of the video.

The 59-second clip featured Crowther reporting on the Russian-Ukrainian crisis for the Associated Press Global Media Services. In the short montage video, the reporter can be seen fluently switching between languages ​​while talking to other news channels.

The clip has received over 17.9 million views to date. Several netizens were stunned by Crowther’s mastery of multiple languages, including the official Twitter account of language-learning app Duolingo.

Several correspondents also commented on the video and jokingly asked Crowther to leave them a few tongues.

Leave a few tongues for the rest of us.

Some users also said that people who consider themselves good journalists should try to beat Crowther’s style of reporting.

Currently, tensions continue to simmer between Russia and Western countries over Russian President Vladimir Putin’s military build-up and the recognition of the breakaway regions of Dontesk and Luhansk as independent states. The Russian president also sent troops to the Donbass belt for “peacekeeping”.

The United States and its allies have announced sanctions against Russia. US President Joe Biden said Moscow’s sending of troops to the Donbass region was “the start of a Russian invasion” and called the move a “flagrant violation of international law”.