Committee Discusses Teaching Law in 12 Languages ​​at Over 1,000 Colleges Edexlive 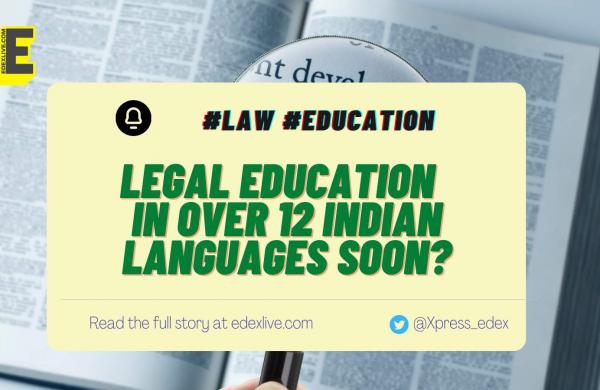 A national committee for the development of regional languages ​​in legal education has been formed by the Bar Council of India (BCI), which will discuss the teaching of law in 12 Indian languages ​​in over 1,000 colleges.

The committee, chaired by Justice SA Bobde, former Chief Justice of India, plans to roll out textbooks for law students in local languages ​​by the 2023-2024 academic session. Manan Kumar Mishra, Senior Advocate at the Supreme Court of India and President of the BCI, said the committee would ensure the publication of good legal textbooks in regional languages ​​so that legal institutions would have no difficulty in dispensing a legal training in local languages.

Chamu Krishna Shastry, president of Bharatiya Bhasha Samiti, under the union ministry of education, said this is a historic step that will go a long way towards creating a system of legal education rooted in the Indian ethos, as envisioned in the national education policy.

He said there were not many study materials in local languages ​​for law students. “The need at the moment is to produce quality legal textbooks. There are legal books in Hindi and Tamil but not in other local languages,” Shastry, who is one of the committee members, told TNIE.

He said that this year the focus would be on producing good quality content and textbooks in local languages ​​and then law schools would be asked to start using them from the 2023-24 academic years.

Rolling out textbooks in local languages ​​will also impact the courts, Shastry said.

While the BCI establishes the program, law schools are affiliated with the University Grants Commission (UGC). While the local courts use the local languages, in the high courts and the Supreme Court the language is mainly English.

“There will be pressure on the courts to translate judgments into local languages. About 90% of people are denied justice because they don’t understand the laws or don’t understand judgments that impact on their lives,” Shastry added.