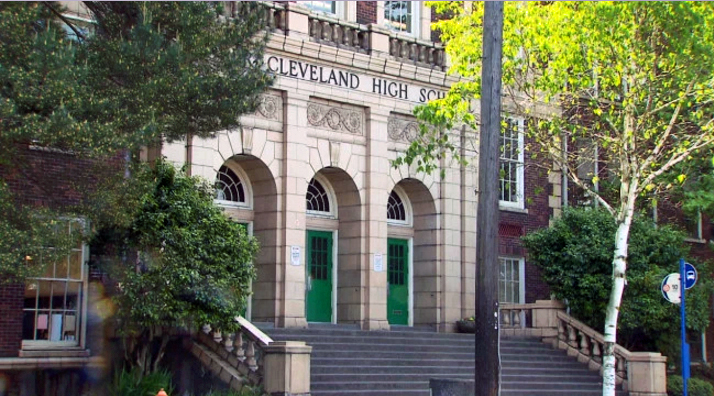 “A swastika was painted on the left front door”

PORTLAND, Ore (KOIN) – Cleveland High School in Portland has been vandalized with racist hate language and graffiti, according to Portland Public Schools.

Trailer tips over, 31 cows roamed I-5 near Wilsonville

“People associated with Cleveland in the past had their names spelled out,” Wadkins said in the post obtained by KOIN 6 News. “A swastika was painted on the left front door. Student safety and inclusion is the core value of the district. Hate is neither tolerated nor accepted in our community.

She added, “To our Jewish community in Cleveland, please know that our community is better because of your presence and that you deserve an educational experience free from harassment and hate speech.”

The director said the use of a swastika on any PPS property is prohibited by district policy and Oregon state law and “will not be tolerated.” She noted that the school immediately followed the district’s hate speech protocols.

This included documenting the incident and reporting it to central office and the police.

“We are contacting those named to let them know they have been graffitied,” the post read. “The doors will be painted in their original color, although you may come to school seeing the doors with the paint used to cover the graffiti. This will take longer or remove the graffiti in the field.

Wadkins ended the letter by saying there will be counselors and a social worker available for students during this time.

According to the PPS, the graffiti has been removed and the Portland Police Department and PPS Security have been contacted.

It comes after the Martin Luther King Jr. Elementary School in Portland was vandalized with racist hate speech and graffiti last month.