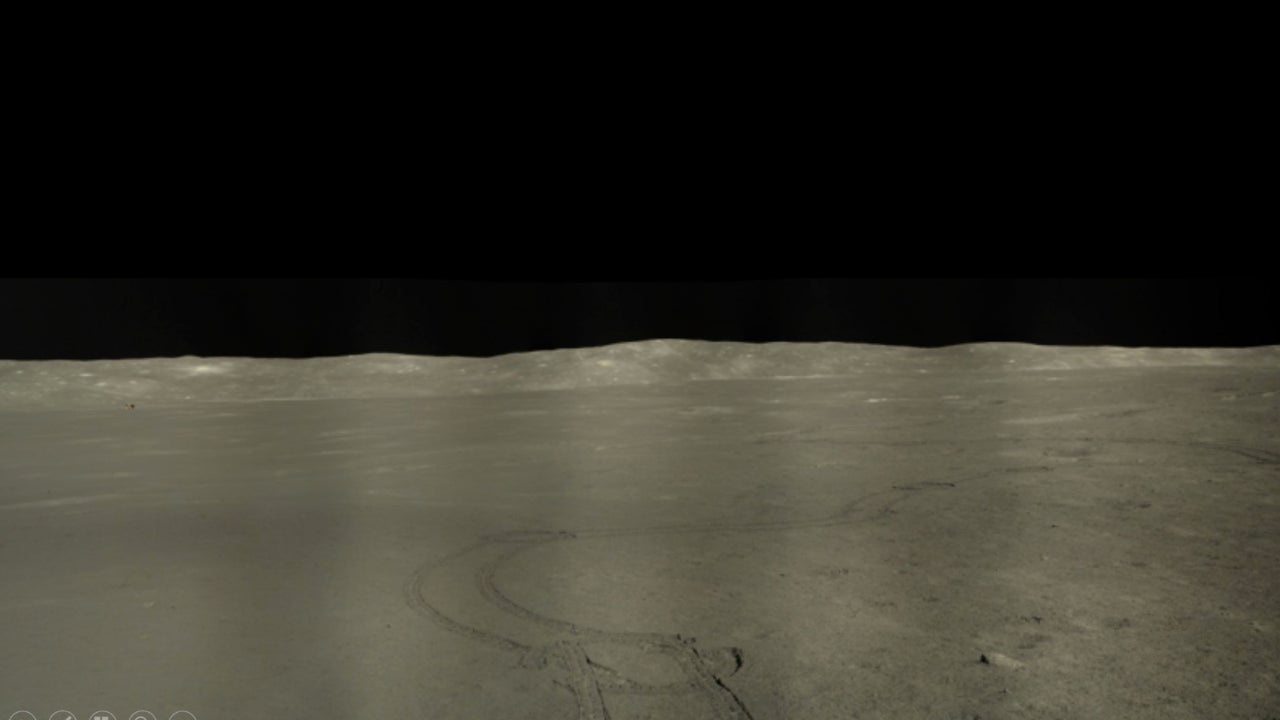 China’s Yutu 2 rover, traversing the harsh environment of the far side of the Moon, has given a view of its path over the past three years.

Yutu 2 landed on the far side of the Moon in January 2019 atop the Chang’e 4 lander, making the pair the first spacecraft to land and operate on the Moon’s far side.

An image provides a panoramic view of Yutu 2’s most recent runways, with the Chang’e 4 lander visible in the distance, Space.com reported.

The new images were released by Ourspace, a Chinese-language science outreach channel affiliated with the National Space Administration of China.

According to new data from China’s Lunar Exploration Ground Application System, since the duo’s landing, the approximately 140kg solar-powered Yutu 2 has traveled 1,029 meters through the Von Karman Crater.

Yutu 2 also traveled to the edge of a crater to discover a “mystery hut” spotted on the horizon, which turned out to be a rabbit-shaped rock, according to the report.

From this point, Yutu 2 was able to see sections of the tracks it made in the lunar regolith and its distant lander companion lower on the crater floor to the left in the new panorama.

The rover made a number of discoveries during its mission, including materials potentially under the lunar crust and glass spheres likely created by meteor impacts.

He collected images showing the landing site and the rover’s movement across the surface over time, according to the report.

Yutu 2 and the Chang’e 4 lander each carry four science payloads and have well exceeded their design lives of three months and one year, respectively.

Each runs for about two Earth weeks when the sun is shining, then shuts down to survive the long, cold lunar night, the report said.

The above article was published by a news agency with minimal changes to the title and text.