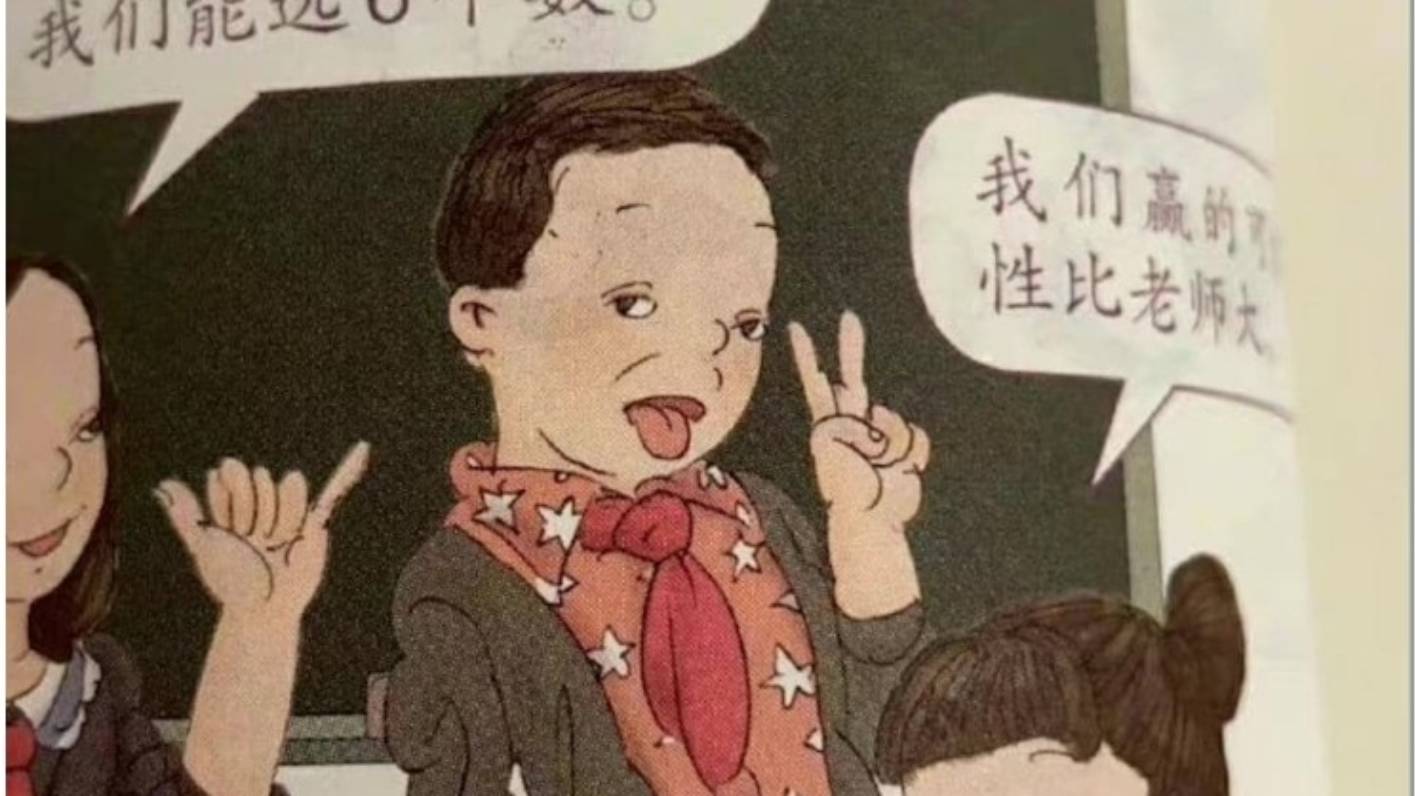 The illustrations became a major public issue after online posts drew attention to them in May.

China’s Ministry of Education has fired three officials and punished 24 others after an outcry over illustrations in elementary school math textbooks.

Some Chinese netizens criticized the photos of children with small, droopy eyes and large foreheads as ugly, offensive and racist, CNN reported.

Others saw sexual overtones in the drawings, with some images showing boys with a bulge in their pants. In one illustration, a boy has his hands on a girl’s chest while another pulls a girl’s skirt; in another drawing, a girl’s underwear is on display.

In a statement this week, China’s Ministry of Education said the textbooks were “not aesthetically pleasing”, while some of the characters were “ugly and had a bad mentality”. This “did not properly reflect the sunny image of Chinese children”.

Internet users complained that the illustrations showing children wearing stars and stripes clothes, and the colors of the American flag, were “pro-USA”.

A design with an inaccurate Chinese flag has been described as “anti-China”.

The Guardian reported that social media hashtags linked to the artwork had been viewed billions of times, although it also noted that most social media users were largely amused.

The textbooks, published by People’s Education Press, have reportedly been used nationwide for the past decade. The illustrations became a major public issue after online posts drew attention to them in May.

The What’s on Weibo website reported that at the time the publisher responded to the Weibo controversy, saying it would re-evaluate the illustrations in its elementary school math textbooks and improve design quality. .

But that was not enough to appease the Chinese Ministry of Education, which launched an investigation.

There were too many illustrations, some were not good enough and some even had errors, the ministry said.

His response included the removal of Guo Ge, editor of the state-owned People’s Education Press.

The South China Morning Post said Beijing had in recent years tightened control over primary and secondary school textbooks and curricula to ensure they were aligned with Communist Party ideology.

The government had banned the use of textbooks from foreign publishers and ordered that a set of standard texts be used to teach Chinese language, history, and politics.

The Ministry of Education also said it was carrying out a thorough review of the content of almost 2,500 textbooks, teaching materials and extra-curricular readings from primary and secondary schools.