Changes have arrived for the school board 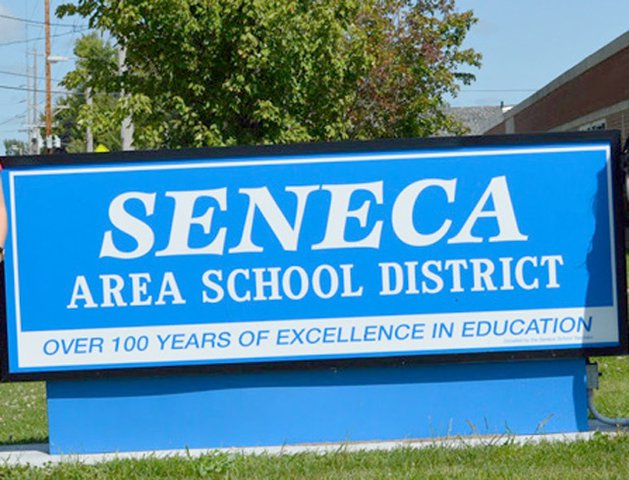 SENECA — The Seneca School Board meeting on Monday night began with a major statement from longtime board chairman Mark Johnson.

As the board prepared to reorganize the body after the recent election, Johnson opened the meeting with his announcement.

“I love this school,” Johnson said. “And I want to make the best decision for the school. So after thinking about the question. I think it would be better for the school to have another board member serve as president.

The council’s first order of business was to elect permanent leaders, beginning with the election of a new president.

Mark Johnson previously noted that he had recently learned that board members could nominate themselves.

Crisse Reynolds ran as a candidate for board chair and Shawn Lenzendorf seconded her nomination.

After the nominations were completed, small pieces of paper were distributed and council members wrote down their picks for president. When counted, the vote was four for Lenzendorf and three for Reynolds.

“Congratulations Shawn,” outgoing board chairman Mark Johnson said when the results were announced.

From then on each office had a appointee and motions were made to close the nominations and vote unanimously in favor of the appointee.

The next position to be elected was that of Vice-Chairman of the Board of Directors. Lenzendorf nominated Crisse Reynolds, and board member Charles Clark seconded the motion. Aspenson moved to close the nominations and vote unanimously in favor of Reynolds for vice president. Joy seconded the motion and it carried.

Johnson appointed Charles Clark as treasurer of the board. It was seconded and a motion to close the nominations and vote unanimously was moved, seconded and carried.

Some adjustments have also been made to school board committee assignments based on board changes.

After the official reorganization business was completed, Mark Johnson stood and presented Rachael George with a plaque thanking her for her six years of service as Council Clerk. He noted that he had enjoyed serving on the board with Rachael, who he said had a very big heart.

“I want to thank you all for the support you have given me and I want to thank the community for supporting us, especially over the past few years. Thank you.”

With no old business on the agenda, the first order of new business was the first resident of Policy No. 1536 “Public Comments at Board Meetings”.

The board’s policy committee introduced the revised public comment policy to improve how meetings work and be more consistent with other local school districts, according to Johnson.

Council members George, Reynolds and Johnson modeled the policy on the public consultation policies of the Fennimore and North Crawford School Boards. Following first reading at the April meeting, the policy will be brought back to the next meeting for a vote on final approval.

In other cases, the Seneca School Board:

• approved BS Refrigeration’s low bid of $18,025 for a furnace mounted on the roof above the secondary school – work to be completed by July 1 and spent in current fiscal year

• approved Mezera Plumbing and Heating’s low bid for three heating/air conditioning units for the LMC at a low bid of $13,014

• agreed to hire Stalker Brothers, the installers of the original gymnasium floor for a major overhaul of the gymnasium floor which would include sanding the current floor down to bare wood and repainting and refinishing it at a cost of 21 $450

During the district administrators’ report, the board heard that the budget was working as expected at this point in the year.

Boland also told the board that the CPI (consumer price index) was 4.7% this year – this figure is used to adjust wages in the district. He also noted that several local school districts had already approved a salary increase to match the CPI.

Boland told the board that the district was looking to replace an increasingly outdated phone system with Voice Over Internet Protocol (VOIP) phones. The district was investigating three possible sellers.

Boland told the council that the fourth graders had asked to have a sleepover at school and that teachers Debbie Varo and Jessica Dworschack had agreed to the idea. The sleepover will be on a Friday night and pizza will be on the menu.

The board also heard that, in accordance with recommendations from the county health department, the school will turn on the bubblers, in addition to the water bottle fillers which will also remain in operation.

Boland told the board that the Wisconsin Reading Corps application had been approved by the DPI and that steps were being taken to fill the position.

The Seneca Area School District Monthly Recognition Award for April was presented to:

• All university students in the conference – Nick Kirchhoff, Willow Roensch and Kadin Wallin.

• Grace Varo for her participation in State Spelling Bee.

After an in camera session, council returned to open session and:

• approved the hiring of Kelsey Kleven as District Reading Specialist

• approved the transfer of English teacher Jenny Fisher to college.