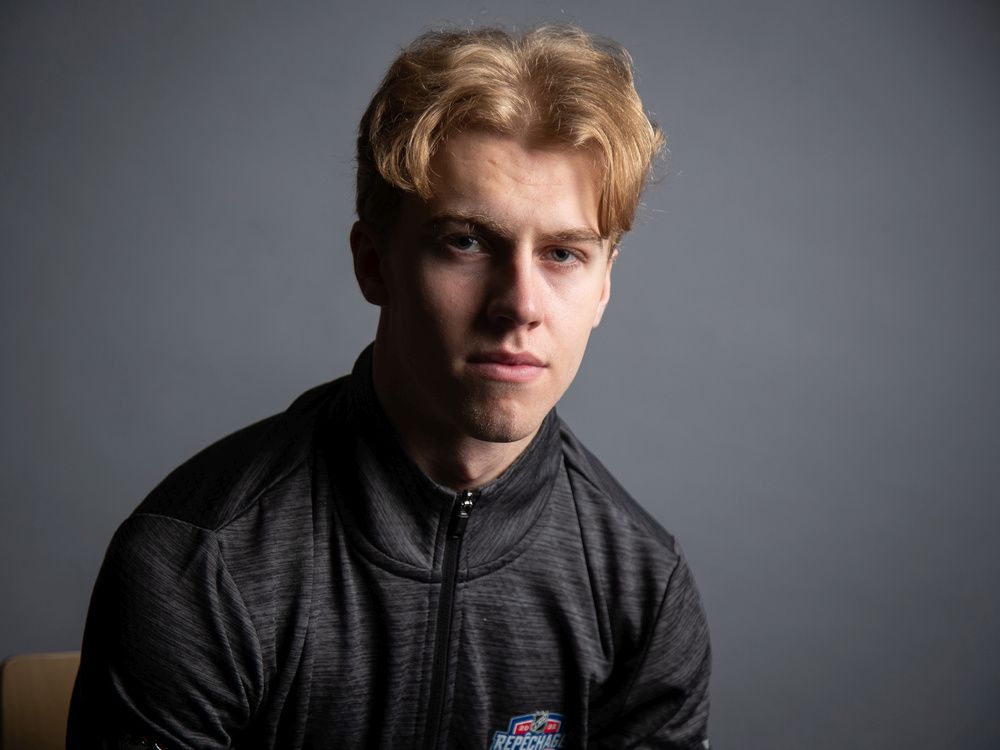 Jonathan Lekkerimaki has already been cast as budding Nikolaj Ehlers.

The Vancouver Canucks would be excited if their first selection in the National Hockey League draft on Friday in Montreal – a Swedish sniper who moved up from 8th to 15th – turns into a fast and fearless winger with a rocket of A release.

Ehlers has eclipsed the 20-goal mark in his last six NHL seasons with 28, 21, 25, 21, 29 and 25 goals for the Winnipeg Jets and the 26-year-old Dane is just starting to hit his peak. Imagine if Lekkerimaki can match or surpass what Ehlers — the ninth selection in the 2014 draft in which Jake Virtanen was sixth — has already accomplished.

Ehlers was 5-foot-11 and 162 pounds in that draft, but the Jets saw where the game was going. Skill and speed exceeded size and growl. Lekkerimaki being listed at 5-foot-10 and 171 pounds today shouldn’t be of concern.

“Lekkerimaki could be an Ehlers-type player,” NHL prospect scout Shane Malloy told Postmedia. “He has the potential to be a front-line or second-line sniper, which is a double threat. His game has really improved.

The long road to achieving high expectations continues Monday when the Canucks’ four-day development camp opens at UBC with sessions running from 9:45 a.m. to 12:45 p.m. A scrum is scheduled for Thursday.

Lekkerimaki will use 20 goals in 26 games last season with U20 side Djurgardens in Sweden, and seven more in 26 outings with the senior Swedish Hockey League club, as a springboard next season to lift his club out of demotion Allsvenskan.

In the meantime, this week for the Canucks hierarchy is a glimpse into the present and the future. The camp scrum may be where Lekkerimaki has a memorable dash, or lets that dreaded shot fly to remind the Canucks that they may have something special.

“Obviously with his shooting, his speed and his ability to read the game – he gets in and out of areas very quickly – we were thrilled to have him because we weren’t expecting him to be there at the No. 15,” the Canucks’ senior manager said. of player development Ryan Johnson said Sunday.

“With the hiring of (former Canucks winger) Mikael Samuelsson in Sweden, we have a great player development resource there. Now Lekkerimaki’s goal is to play with the puck in the offensive zone, protect the puck and be able to use his attributes even better as a small player.

“He will focus on the details this week and work with him off the ice to get as strong as possible to eventually make the NHL.”

Here are some of the 36 camp prospects, including a dozen guests, to watch this week:

The lean: Life goes fast. From 45 goals and 83 points in 30 high school games at Minnesota to start last season, then making the most of the USHL’s limited ice time, the left-wing center is intriguing. Eager to drive the lane, he will evolve next fall with Chilliwack of the BCHL.

The Johnson plug: “He’s been a real conversation starter throughout our draft process as a big-box center who can skate. Our regional scouts kept bringing up his name and pushing. I’m excited to see him on the ice and see what we can break down and help with growth and development.

The lean: How will the dominance of the junior loop as top scorer transfer to the pro? It’s always a challenge for prolific players to build a total game and not be one-dimensional. The Surrey native has always been driven. Passed to the WHL bantam draft, he silenced some critics.

The Johnson plug: “He sees the game very well and has a skill set. You hear that his skating needs to improve and we’re going to dive into that. But you can’t teach the attributes he has. We’re going to bring him to Abbotsford (AHL) and really work on the details and the fundamentals that he may have gotten away with in the WHL. We want him to be that 200 footer.

The lean: Big, raw, creative, heavy blow and temperament. Started last season in the AHL at age 18 and his steep learning curve included spectacular goals, benching and fighting. The Belarus native is strong on the pucks and plays in traffic and Johnson has seen a lot of that as general manager of the AHL affiliate.

The Johnson plug: “He never left after the season and I set him up to train in Vancouver and take language lessons which will be huge for him to understand training. He still needs to get stronger and he’s going to be leaner and more powerful. We’re great with him and I can’t wait to see him on the ice because he’s a great boy and I really care about him. We know he’s a huge off season for him and it went extremely well.

Sign up to receive daily news from Regina Leader-Post, a division of Postmedia Network Inc.

A welcome email is on the way. If you don’t see it, please check your spam folder.

The next issue of Regina Leader Post Headline News will soon be in your inbox.