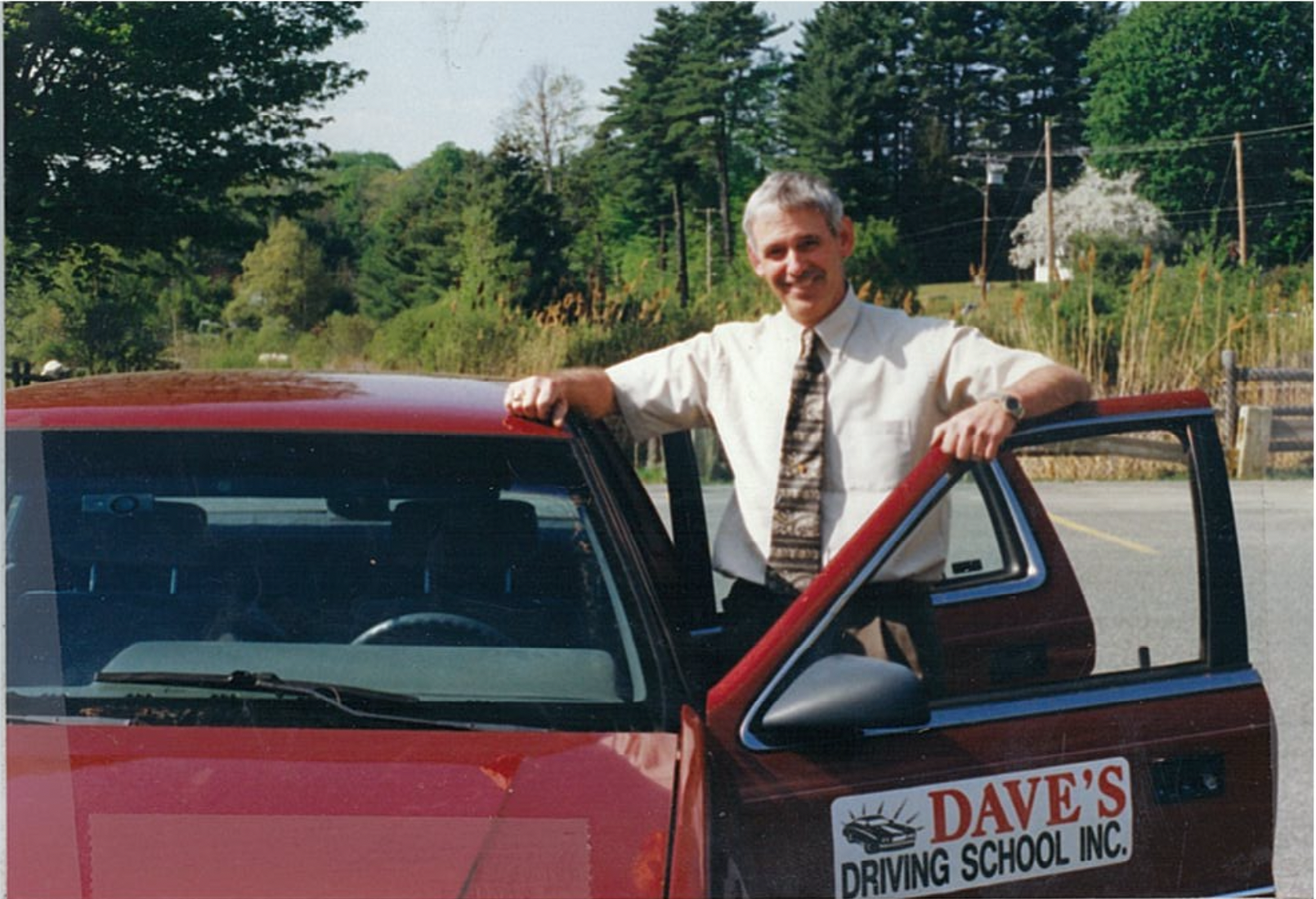 PITTSFIELD — Dave Coco’s passion for teaching spans nearly five decades. In the early 1970s, he was employed by Pittsfield Public Schools as a math teacher with a side gig running the district’s driver training program. When Proposition 2½ arrived – imposing tax caps and cutting public programs across the Commonwealth – he was fired. Coco quickly shifted gears and started focusing on her own growing business. Today, he remains at the wheel of Dave Inc. Driving School of which he is president and owner; his son and business manager, Jeff, runs day-to-day operations at the busy Elm Street office where the challenges of the past two years have propelled the family business into the 21st century.

When Jeff joined the team in 2016, a completely manual system was in place. “It was all on paper,” he says, pointing to student records, payments largely by check, and schedules (as evidenced by a large book filled with crossed-out appointments and Wite-Outs). “It was very archaic, but it worked” – just like Dave’s Driving School’s mission, which has remained unchanged from the start: “Professionals dedicated to you and your safety.” The slogan, printed on letterhead and envelopes, is tangible proof of the company’s commitment to ensuring everyone is safe behind the wheel, especially new drivers.

“They’ve always worked really well together,” Jeff says of his parents who, at first, were a two-person team. Dave taught the students, both in the classroom and behind the wheel, while Joyce took care of the finances and a myriad of behind-the-scenes details. Their excellent communication stands out to Jeff as opening up a solid working relationship. As the business grew – leaving Dave to juggle the demands of a full-time job (after being recalled to the high school class) and a small business while raising three children – he brought more help to ease the burden.

The business has moved from its original “cubbyhole” location on Elm Street to a larger space next door which includes an on-site classroom. Dave’s employs two full-time administrative assistants and over a dozen instructors who cover all of Berkshire, from Sheffield to Williamstown. While some operational things have changed – such as today’s electronic emergency brakes making most modern cars unsuitable for the Motor Vehicle Register road test, where a manual lever is still required – the philosophy behind driver education remains unchanged: “We focus on defensive driving techniques and how to anticipate imminent danger,” says Jeff, who is one of approximately 35,000 to 45,000 people who have learned to drive at the Driving School Dave.

“We kinda bumped our heads in the car, like any kid does with their parents,” Jeff said of learning to drive more than 30 years ago. “It’s tough,” he admits, having since taught his own son how to drive. Dave’s promises a friendly, patient and comfortable environment in which to learn – and it delivers. “My dad’s goal is to make sure every student is 100% happy, and when they’re not, he goes out of his way to [remedy the situation].”

What makes Dave so unique? For starters, it has few competitors (except one in Adams). Most of the time, however, it comes down to dedication. “We’re all very proud of the work we do,” says Jeff, pointing to a successful program – not just a business – that revolves around working one-on-one with students.

When the pandemic hit, even Dave (who isn’t a huge fan of computers) knew it was time to pivot. Jeff launched software that streamlined online business, literally overnight. Today, business is booming, and all facets — from student accounts and classroom instruction to credit card payments and e-signatures — are happening online. Currently, only drive-thru training takes place in person; all driver training classes will be virtual through June 1, per current RMV COVID guidelines, and it remains unclear if in-person classes will return.

“At the end of the day, we want to be able to connect with the kids,” says Jeff who, like his dad, prefers in-person classes. According to him, while hosting classes online is more cost-effective than dispatching instructors across the county, in-person classes generate better engagement for both students and instructors (while keeping competition from large corporations at bay). ). A hybrid approach, which allows busy working parents to attend the Parenting Course online, would be ideal.

Keeping connected with the local community is another important part of the company’s mission, Dave partners with several organizations, including the Massachusetts Rehabilitation Center, 18 Degrees and Mass Hire, to provide adult driver training to vulnerable populations. at a reduced rate.

In March, he also began working closely with Jewish Family Services of Western Massachusetts to help people resettled from Afghanistan obtain their driver’s license and driver’s license. “This program has just started, and I’m excited, although communication will be a challenge,” says Jeff, viewing working with outreach organizations as breaking down barriers to RMV that can be difficult to overcome, especially for English language learners.

While the pandemic has forced a much-needed update, residual challenges remain. “It’s hard to find help these days,” says Jeff, who briefly outlined the steps needed to become a certified driving school instructor. Each candidate must have a valid driver’s license and complete the 65-hour training via the RMV; in addition, each applicant must pass a background check and an RMV written test, which is filled with questions about fines, fees, and penalties for driving violations. “It’s a very particular test, and it’s difficult to pass.”

Having worked with students of all ages, Jeff says teenagers tend to learn the rules of the road faster. “There are some exceptions, of course, but the training is much more intense than before,” he adds, pointing to the 12 hours of observation required plus an additional 40 hours behind the wheel with a parent. Mature students, many of whom have lost their licenses or allowed them to expire, have often developed poor driving habits over time. In Jeff’s experience, they forget to check blind spots, cross stop signs (or cross the line), and turn without signaling – habits all too common among seasoned drivers that can lead to failed road tests.

After 44 years on the road, founder Dave is a wealth of information and remains deeply involved in the business. He enjoys teaching drivers with disabilities and occasionally returns to the classroom where, through an ongoing partnership with Pittsfield Public Schools, he runs their driver education program.

“I keep calling him and asking for his advice, especially on how to treat students or teach someone with special needs, and no matter the question, he always seems to have the answer,” says Jeff, admiring his father’s continued drive. Despite retiring from his “first” job in 2007, Dave isn’t losing momentum. “He loves teaching, it’s his passion in life, and he clearly has the personality and the patience for it.”

Jeff likens his father’s career to knowing how to drive the stick shift, a skill that’s almost out of fashion anymore. And he himself considers teaching a bit like a refinement of the dance between the accelerator and the clutch: “You will never forget how to do that. Already.”