Bringing Oregon’s Kalapuya Language Back to the Brink of Extinction 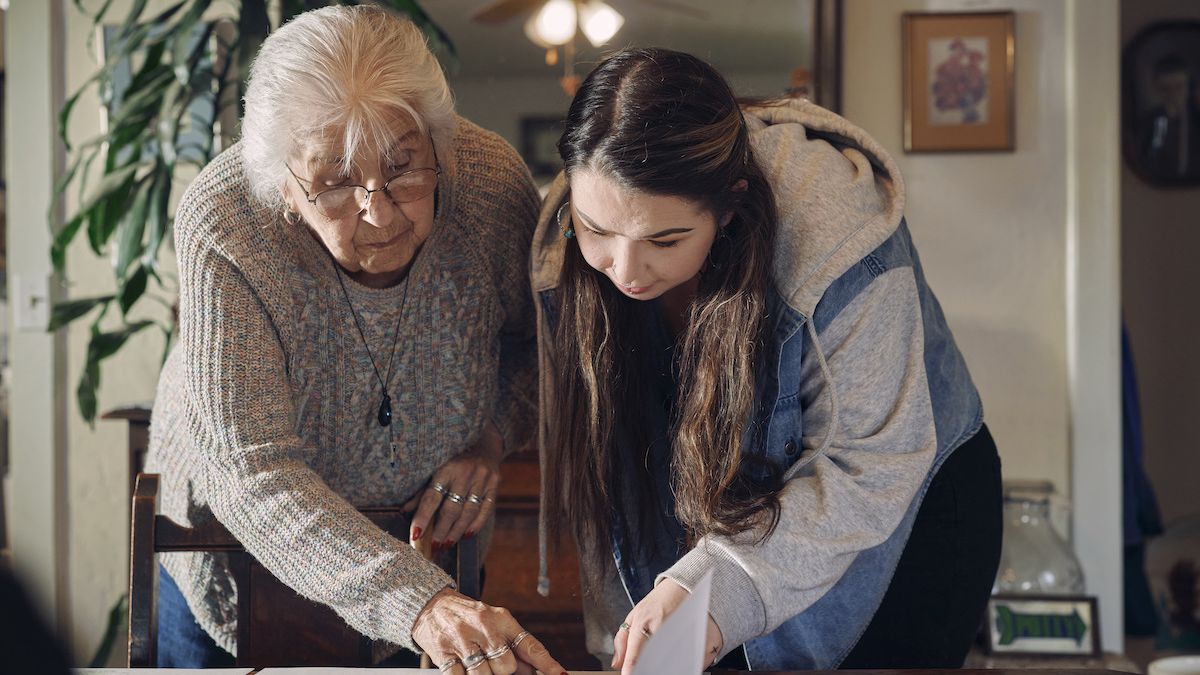 Now there is an ongoing effort to preserve the Kalapuyan language. There is a new dictionary, and some descendants of the Kalapuya people are now working to learn the language of their ancestors.

OPB Weekend Edition host John Notarianni spoke with two people involved in the effort: Esther Stutzman and her granddaughter, Aiyanna Brown. They are both registered members of the Confederated Tribes of Siletz Indians.

John Notarianni: Tell me a bit about the Kalapuya people: in their heyday, how many were there in the Willamette Valley?

Esther Stutzmann: The estimate is that there were over 15,000 people living in the entire Willamette Valley. There were at least 12, possibly 13 different groups of Kalapuya living in various locations.

Notaries: And your family is part of that story, right?

Stutzman: Yes, we are the southernmost. We actually live in the upper Umpqua area of ​​northern Douglas County.

Notaries: Do you have any idea when people stopped speaking the traditional language?

Stutzman: The last known speaker, I believe, died in the 1950s. He made a recording, one of the few recordings of the Kalapuya language – in 1953, I believe.

Stutzman: I had an uncle who didn’t necessarily speak the language, but he knew a lot of words and phrases. He uttered these words and phrases from time to time. Of course, being a youngster, I just sort of ignored them. Now some of that memory comes back when I see a word or phrase in the dictionary or hear it, I’ll say, “Oh, I remember Uncle Joe said that.”

Notaries: Much of this new effort was started in concert with an amateur linguist, the late Paul Stephen McCartney Sr., and I understand that you worked with him to create a new set of language dictionaries. How much work did it take?

Stutzman: We first met Paul about six or seven years ago. I had said out loud, many times, how much we would like to learn our language. Paul contacted us and asked if we wanted our language back. Of course we said yes. This resulted in many meetings with him, many emails, many phone calls because he believed the Kalapuya language was worth saving.

Notaries: What was it like when you first held these books in your hands?

Notaries: Aiyana, since the books were published, you and your family have worked to relearn some of this language. How does this process work? What does a lesson look like?

Ayanna Brown: It’s a bit difficult because, you know, we don’t have native speakers or masters of the language that we can really relate to. Much of this we have to bounce off each other – whether it’s pronunciation, sentence structure, or just word understanding. This can sometimes be difficult. So it’s been a challenge, but slowly and surely, even if it’s just one word at a time, we’re definitely trying.

Notaries: As you learn the language, do you find that you think about it more in your daily life? Have you ever looked at an object and the word Kalapuya comes to mind?

Chestnut: Yes, actually quite often! I go through my day and I’m like “Oh, well, this is garbage, this is gitkofin; I know the one from Kalapuya.

Notaries: What other words or phrases have you learned?

Chestnut: For me personally, one of my favorites is our traditional intro. It’s just about saying my name, my heritage, who I’m related to, and my tribes of origin. So it’s “Qá’pai.” Tci tanq’uat Aiyana. Tsum aná by Shannin Stutzman. Tanketsi’ Esther Stutzman. Tsum Komemma Kalapuya nau Hanis Coos.

Notaries: Esther, how does it feel to hear your granddaughter speak Kalapuya?

Stutzman: Oh, that makes me really proud and hopeful. I know the younger generation will carry on. We do this by offering courses, not only to our people, but also to other interested people who would like to learn.

Notaries: What are your hopes for the future of the Kalapuyan language and the Kalapuya people?

Stutzman: My real hope is that maybe Aiyana’s generation will be fluent enough in the language. I think it will take that long. I know that in my life I will never speak it fluently. simply because there is so much to learn, but the younger generation has time to learn it. So what we’re doing is we’re building a foundation right now. For me, this is the first important step: it is this foundation.