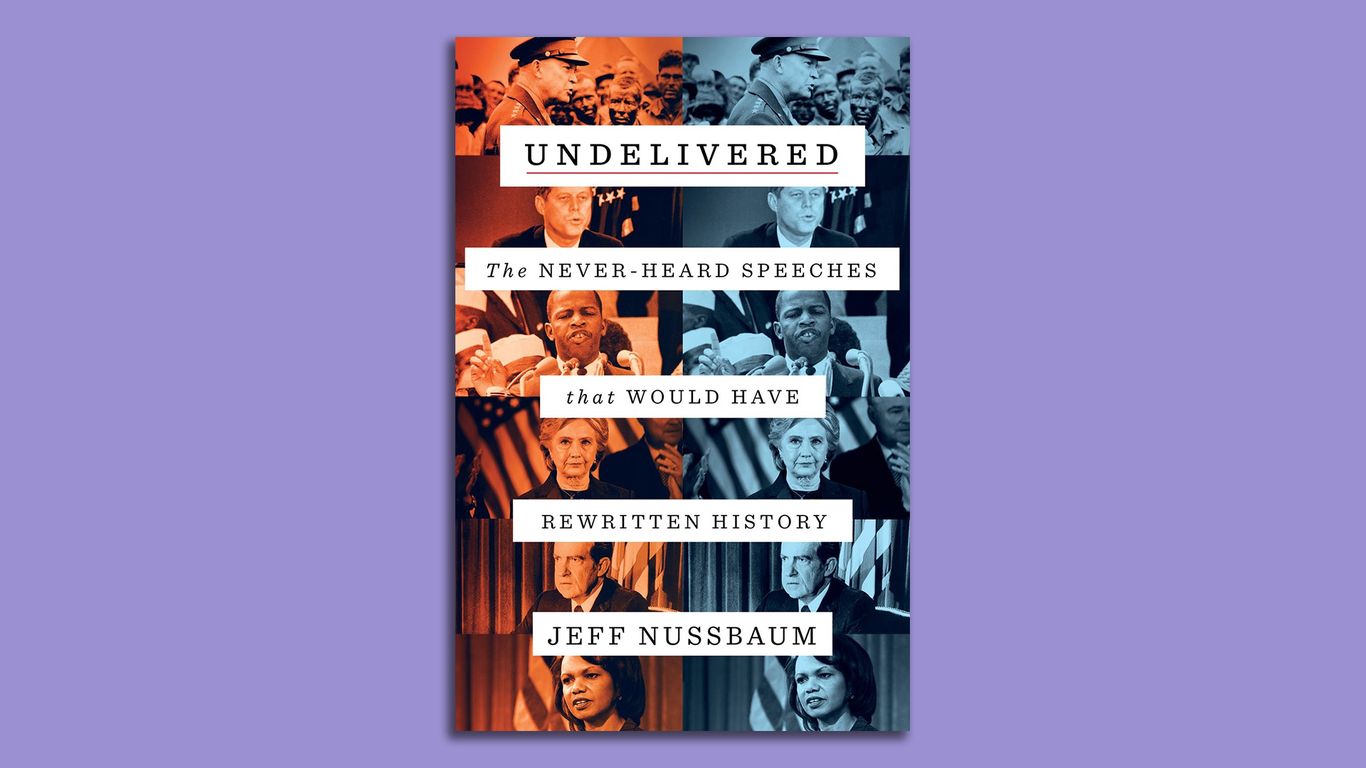 President John F. Kennedy in 1962 prepared a speech that would have announced a punitive bombing of Cuba, which could have led to nuclear war. General Dwight D. Eisenhower wrote an apology speech in case the 1944 D-Day operation failed.

Driving the news: Jeff Nussbaum, a veteran Democratic speechwriter who left the White House last month, unearths these historical gems in a new book, “Undelivered,” due out next week.

Why is this important: Russia’s invasion of Ukraine has refocused the world’s attention on geopolitics, democracy and the dangers of nuclear weapons. Nussbaum’s book puts the moment into context.

Details: Through 20 speeches that were never delivered, Nussbaum invites her readers to ponder alternative stories – some heartwarming, some downright terrifying.

If Hillary Clinton had won in 2016, she planned to end her victory speech with an imaginary conversation with her late mother, writes Nussbaum.

Between the lines: Nussbaum combines a speechwriter’s attention to detail with the amateur sleuth that lurks inside every history buff. Along the way, he solves historical whodunits and lands Kennedy’s speechwriter, Ted Sorensen., a committed pacifist, as the author of JFK’s undelivered airstrike speech.