Beyond Russia: The real threat to human rights comes from China 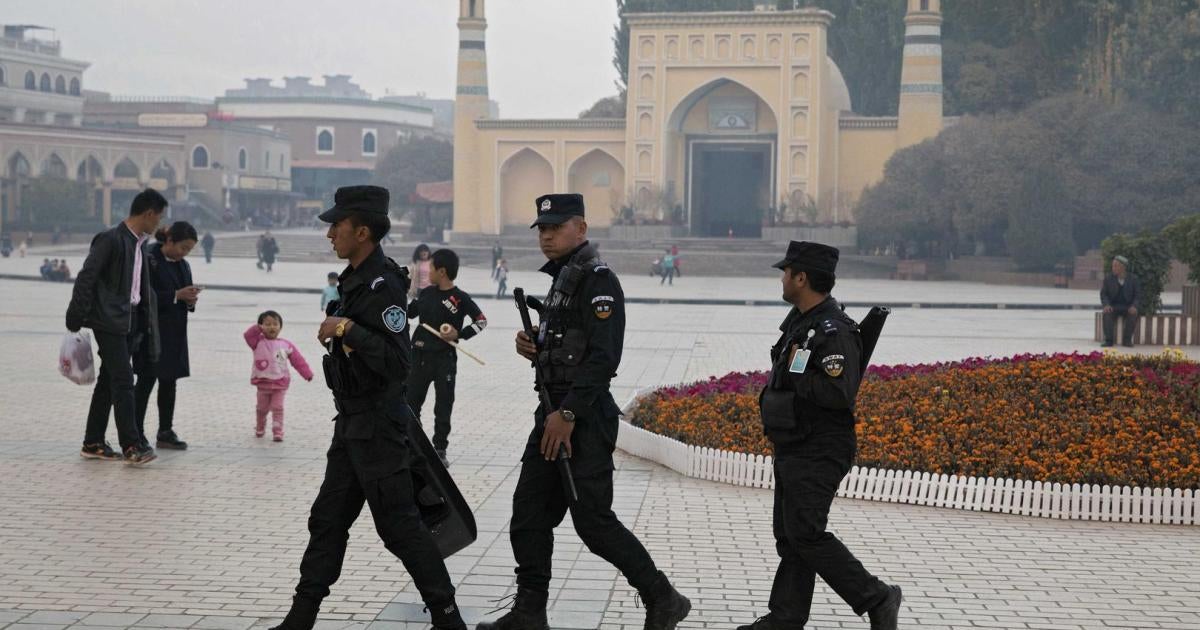 Can human rights and international humanitarian law survive when the great powers ignore it? This is the question posed by the widespread summary executions and indiscriminate shelling of civilians by Russian forces in Ukraine.

In the case of Ukraine, at least, many governments seem determined to strengthen international standards. To date, 43 countries have requested an investigation by the International Criminal Court (ICC) into the alleged perpetrators of these war crimes and possible crimes against humanity, which the ICC prosecutor initiated. The United Nations General Assembly and the Human Rights Council condemned the atrocities, and the council opened a parallel investigation. But we have not always seen such determination in the global response to grave abuses committed by the most powerful nations.

The reaction to Russian atrocities in Ukraine contrasts sharply with the lackluster response to the Chinese government’s crackdown in Xinjiang. There, aided by the most intrusive surveillance system in the world, Beijing detained a million Uyghurs and other Turkish Muslims to force them to abandon their religion, language and culture. Human Rights Watch and others have concluded that these mass detentions and other systematic abuses constitute crimes against humanity. And that’s just one aspect of China’s worst nationwide crackdown since the 1989 massacre of pro-democracy protesters in Tiananmen Square.

There was an international response to this crackdown. Groups of governments have repeatedly condemned the Chinese government’s abuses in Xinjiang – most recently, in a joint statement by 47 governments from all regions of the world, including Germany. And representatives of 50 UN special procedures – that is, independent experts rather than collective UN bodies – issued parallel condemnations.

But the main UN agencies have been underestimated at best. Neither the UN Human Rights Council nor the UN General Assembly has held a debate, adopted a resolution or opened an inquiry on Xinjiang. The cautiously worded statements by UN Secretary-General Antonio Guterres on Xinjiang are a far cry from the gravity of the persecution.

UN High Commissioner for Human Rights Michelle Bachelet continues to withhold a long-promised report on Xinjiang that her staff has completed. His spokesperson said in December 2021 that it would be released within weeks. Instead, she agreed to go to China for what the Chinese government insisted was a “friendly visit” and dialogue rather than the unfettered Xinjiang investigation she had rightly requested.

The trip was a gift for Beijing. Bachelet has had various low-key conversations with Chinese officials, including Xi Jinping, but has exerted none of the public pressure that alone has a chance of forcing the Chinese government to ease its crackdown. She issued no strong condemnations, praised other aspects of China’s human rights record, embraced Beijing’s bogus “counter-terrorism” rhetoric and, despite evidence to the contrary, accepted without question Beijing’s assertion that the detention centers were now closed. She trumpeted a new dialogue with the Chinese government, but Beijing’s strategy has long been to substitute such silent behind-the-scenes conversation for any public criticism.

The US government has banned all imports from Xinjiang, allegedly tainted with Uyghur forced labor, unless the importer can prove otherwise (which, given the opacity of supply chains in Xinjiang, is almost impossible). But the European Union has yet to follow suit. The United States, Britain, Canada and the European Union have imposed targeted sanctions over the crackdown in Xinjiang. But European Union leaders, with former German Chancellor Angela Merkel as EU president, have tried to push through an investment deal with China without demanding an end to forced labor. It took the European Parliament to reject this idea.

The problem is not just China. The US government has also been reluctant to comply with international human rights standards. As the ICC appeared to be landing to investigate US torture in Afghanistan, Donald Trump’s administration outrageously imposed sanctions on its then-prosecutor. The apparent reason was that, while Afghanistan had acceded to the ICC treaty, the United States had not, even though the treaty confers jurisdiction over crimes such as torture committed by anyone in the territory of the United States. a member country.

President Joe Biden has since lifted those sanctions. In the case of Ukraine, which granted the ICC jurisdiction over crimes on its territory, Biden endorsed and said the US government would cooperate with the ICC’s investigation into potential war crimes committed by the forces. Russians, although Russia has not joined the ICC either.

It remains to be seen how the US government will react to any potential future ICC investigations of US personnel in a country where the ICC also has territorial jurisdiction. Democratic and Republican members of Congress now endorse the ICC’s investigation into Ukraine, exposing the hypocrisy of the past US position. The American turn was no doubt facilitated by the ICC prosecutor’s announcement that, as he continues his investigation of Afghanistan, he intends not to prioritize his investigation of the crimes for the time being. suspected Americans.

More imminently, the US position will be tested by the ICC’s investigation into Israeli war crimes such as its illegal settlements in Palestine, given that Israel never joined the court, although Palestine did. did.

Yet the good news is that even without the great powers, a wide range of governments have repeatedly supported and even advanced international human rights standards. The ICC is the product of a grand coalition, even though the United States, Russia and China never joined. These major powers were also absent, as the rest of the world banned anti-personnel landmines and cluster munitions. Yet today the ICC enjoys international credibility, and standards against landmines and cluster munitions, both indiscriminate weapons that endanger civilians, remain strong.

In short, it may be in the nature of great powers to seek to exercise their power unconstrained by the application of international law, but strong global support for these norms, and the institutions charged with enforcing them, can generate intense pressure to conform to them, regardless of the main – inclinations for power.

However, we must not be satisfied with the strong international reaction to the Russian attacks in Ukraine. Russia is a significant military force – although apparently less impressive than most people thought before its invasion of Ukraine. But the Kremlin has relatively little economic influence. China is another matter.

The Chinese government is an economic powerhouse that does not hesitate to use its influence to oppose scrutiny of its conduct and undermine the international human rights system. When the Australian government proposed an independent inquiry into the origins of the Covid-19 pandemic, Beijing responded with punitive tariffs. He previously retaliated against Norway when the Oslo-based Nobel committee awarded the peace prize to imprisoned Chinese pro-democracy activist Liu Xiaobo, even though the Norwegian government had nothing to do with the Nobel committee’s decisions. private. And the Chinese government has threatened to deny Ukraine Covid-19 vaccines until it removes its name from a joint statement criticizing Beijing’s crackdown in Xinjiang – a blackmail tactic that diplomats from the UN told Human Rights Watch that the Chinese delegation used to silence other countries while well.

Similarly, Chinese President Xi Jinping has used the trillion-dollar Belt and Road Initiative, ostensibly an infrastructure development program, to buy support for his anti-rights stances at the United Nations. The lack of transparency of Belt and Road loans, like funding from other Chinese institutions, makes them ideal vehicles for Beijing to buy the outcomes it wants.

Beyond trying to silence critics of its crackdown and undermining the broader application of human rights standards, the Chinese government is trying to weaken the standards themselves. In his view, human rights should never be enforced by pressure, simply by polite “win, win” conversation (for the aggressors, not for the victims).

If Beijing were successful, human rights would be reduced to a measure of gross domestic product growth. This would rule out economic and social rights, which require consideration of how the most disadvantaged segments of society are treated, as well as civil and political rights, which are necessary to ensure that a government remains accountable to its people.

The Russian atrocities in Ukraine are appalling, but given the world’s reaction to them, they pose no threat to global standards. Indeed, they may even end up consolidating support for these standards. Rather, the real threat to rights comes from Beijing, which seems determined to completely undermine those standards. So far, the world’s response has been inadequate. The economic cost of standing up to the Chinese government is real, but it is a cost worth bearing, as the very foundation of the international human rights system built over the past 75 years is at stake. .