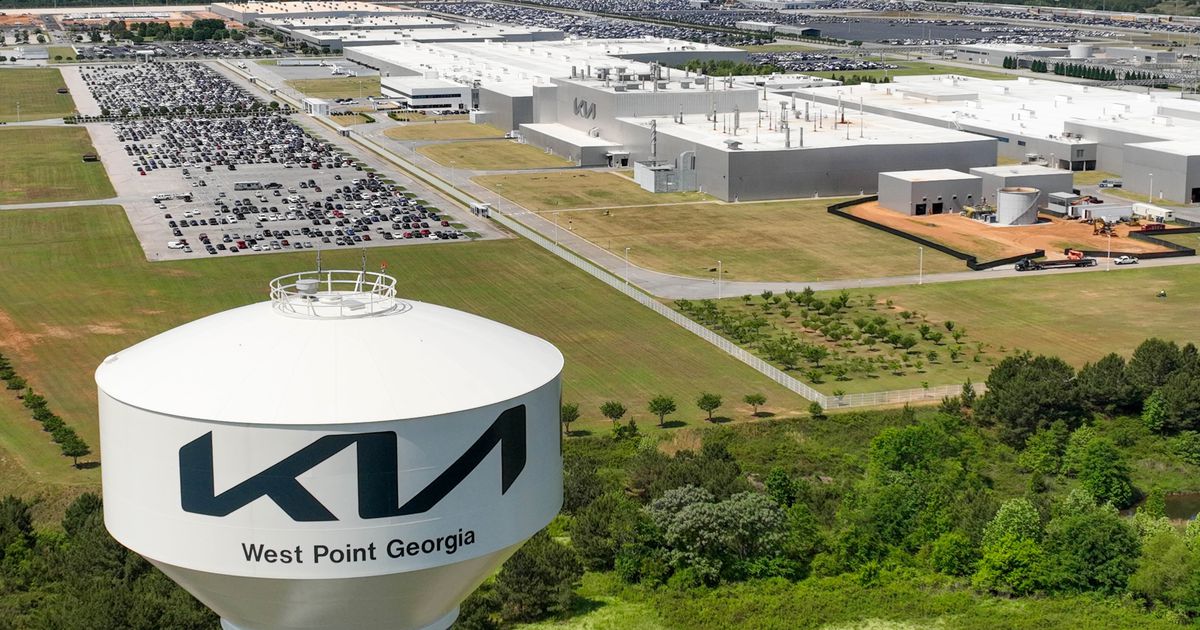 Chief executive Stephen Milner said it has become harder to extend phone and internet services to new businesses and homes in rural areas because his company cannot guarantee it will get the parts necessary to complete the job.

“When you’re not able to acquire a product to get those customers up and running with broadband, when you have lead times that exceed 60 weeks, it becomes difficult to try to plan the source material just to get them the services they request,” he said.

Many of the companies it partners with — big names like Cisco and Sienna Systems — are also experiencing the same backlogs that can produce year-plus waits and bidding for the same rare semiconductor chips as everyone else. , Milner said.

The bill in Congress aims to increase funding for research, incentivize companies to boost manufacturing on American soil and encourage new innovations that could help give America a head start on this issue and many more, especially when it comes to competing with China.

The Senate passed its package, called the US Innovation and Competition Act, about a year ago. The House proposal is called the America COMPETES Act. It was approved in February with all but one Democrat in favor and all but one Republican against.

Now, the leaders of both chambers are negotiating a final bill that they hope can win the support of at least 60 senators and a majority of members of the House. The committee held its first and only public meeting to date on May 12, but much of the negotiations over the roughly 3,000-page measure took place behind closed doors.

Senate Leader Chuck Schumer and House Speaker Nancy Pelosi released a statement last week after meeting with their Republican counterparts, Mitch McConnell and Kevin McCarthy, to determine the way forward to finalize the legislation. Their words hinted that there had been hiccups along the way.

“On behalf of House and Senate Democrats, we have expressed our belief that there is no reason we should not pass this bill through Congress in July,” Schumer and Pelosi wrote. “Democrats have already made accommodations in the name of reaching a deal, which we are optimistic can happen soon. supply, chip shortages and more, and we urge all members to work with the urgency the situation deserves.

Pelosi and Schumer’s goal is for the bill to be completed before Congress breaks for the August recess, but days are ticking. McConnell, in a social media post on Thursday, raised the possibility of another roadblock.

He was responding to news that a separate Democrat-shaped package was beginning to take shape and was using a process, called reconciliation, that would allow it to become law without the support of any Republicans. This legislation is likely to focus on climate change, prescription drug costs and insurance premiums for low-income people who buy coverage on federal exchanges.

If Democrats pursue this package, the Kentucky Republican wrote, it will withdraw GOP support for the Chinese competition measure that needs the votes of at least 10 Senate Republicans to avoid a filibuster.

“Let me be perfectly clear: There will be no bipartisan USICA as long as Democrats pursue a partisan reconciliation bill,” McConnell wrote on Twitter, using the acronym for the Senate version of the law Project.

Still, members of the Georgia conference committee are participating in the talks in the hope that an agreement can be reached. Warnock recently submitted letters from Georgia Tech, the Georgia Chamber of Commerce and three local chambers stating their support for the legislation while outlining their various priorities.

The Georgia Chamber argued for language in the Senate bill that would require e-commerce sites such as Amazon to verify and publish information about sellers using the platform. Chambers and other trade groups say this could deter online sales of counterfeit products or items purchased through theft.

The House version has the same language but would go further by making online platforms liable if they fail to implement safeguards to prevent the sale of counterfeit or harmful products. Disagreement over this wording became just one of the sticking points during negotiations over the bill.

Warnock, for his part, is very concerned about the shortage of semiconductors and is ensuring that research and development money is used to create technology centers near Georgia colleges, including its HBCUs.

“The good news is that I think there’s interest from both sides of the aisle around semiconductor production, investment in HBCUs, and investment in our regional tech hubs,” the Democrat said. from Atlanta. “And this is a great opportunity to do something bipartisan.”

Scott, another Democrat from Atlanta who was named to the conference committee because of his role as chairman of the House Agriculture Committee, said he would focus on ensuring the package includes dollars research that can improve agriculture, boost food production and solve problems in the supply chain of agricultural tools and products.

Carter represents the same pocket of southeast Georgia that Planters serves. The Pooler Republican said he hoped the final bill would reflect the diverse perspectives of committee members. But he wants everyone to focus on the competitor on the other side of the globe.

“China is not our friend, it is not our adversary, it is our enemy,” Carter said. “Now I know the enemy is a strong word, but at the same time they want to overtake us as the economic leader of the world. We have to keep that in mind.

Keeping competition with China at the forefront of negotiations, Carter said, will guide discussions and help lawmakers prioritize what to keep and what to discard during deliberations.

He sees plenty of room for Georgia to benefit from money going to ports to deal with arrears and US pharmaceutical companies to increase domestic production. Of course, he is also concerned about the issue of microchips.

“I’ve told my fellow Democrats that I think this will be the flagship legislation for this session,” Carter said. “Some say, ‘No, the infrastructure was.’ Well, I think the two biggest challenges we have in this country right now are China and debt, and that’s going to help us compete with China.