“An honor for all those who believed in this project” 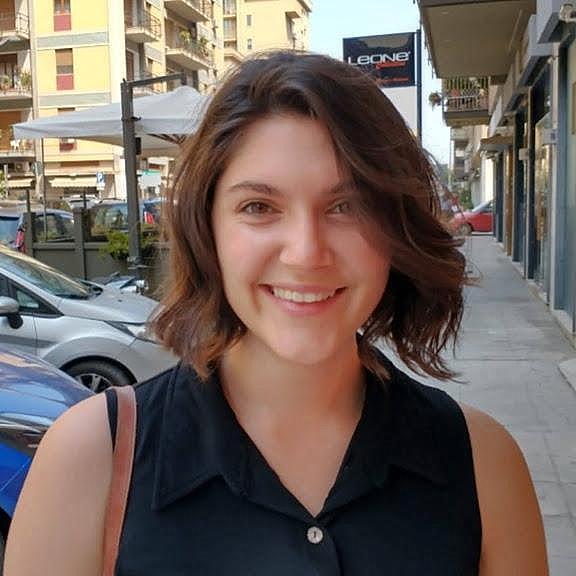 Many people are eager to see who will win an Oscar this Sunday. But Emily Dillard’s eyes are on an award she is nominated for at the Television Academy Foundation’s prestigious College Television Awards on Saturday.

The 41st annual event recognizes and rewards excellence in student-produced programs at colleges and universities nationwide. And Dillard, a 2017 Fairfax High graduate, is nominated in the Scripted Series category for producing and writing an immigration-themed film titled “Our Side.”

She shares the nomination with her partner, Nico Rinciari, with whom she created the film while they were attending Savannah College of Art and Design. “We co-wrote it together, Nico directed the movie and I produced it,” said Dillard, 23. “It’s a blessing to help stories get seen and convey important messages ‘around the world’.

While at Savannah College of Art and Design, the duo also produced an award-winning commercial for the Coca-Cola/Regal Films social media campaign, as well as the film ‘The Pages of Destiny’, which was accepted into on July 2021 Short Film Corner at the Cannes Film Festival in France.

A total of 54 students – selected from 185 nominations submitted by 58 colleges nationwide – are nominated in six categories for the 2022 College Television Awards. Designed to mimic the Emmys, student entries are judged by members of the Television Academy. The three finalist projects in each category reflect industry standards of excellence, imagination and innovation.

The online awards ceremony will be held in conjunction with the Foundation’s College Television Summit, a two-day educational event featuring panel discussions with media industry leaders. TV stars will announce the winners on March 26 at 9 p.m. EDT. To register to watch the free programme, go to https://www.emmys.com/cta/register.

Winners will receive a trophy and $3,000. They and all applicants automatically become members of the Television Academy Foundation alumni family, with access to networking opportunities, events and professional development resources.

Dillard and Rinciari moved to Los Angeles during the pandemic, in June 2020, graduating from Savannah College of Art and Design in an online ceremony two months later. Dillard earned a Bachelor of Fine Arts in Film and Television.

“Our Side” tells the story of Adillah, a woman in her twenties who immigrates to Italy from Ghana in search of a better life. She gets a job caring for an old Italian man named Mimmo; but a new immigration law in Italy then cancels his visa and driving license. And when Mimmo has a heart attack, Adillah risks being discovered by the authorities as she takes him to the hospital for treatment.

“The story is loosely based on a friend of ours with a similar journey,” Dillard said. “And we wanted to tell his story in a way that wouldn’t expose him but could draw attention to the struggles of asylum seekers.” (The law was passed in 2018 but has since been repealed).

“One of the reasons the law was passed was because of a huge outpouring of anti-immigration sentiment,” she said. “We have seen it in Italy and in other countries. Our story is therefore emblematic of a larger problem – relevant not only to Sicily or Palermo, where it takes place – but to many other realities and societies around the world.

But, Dillard added, “We also wrote the screenplay with a focus on the process of integrating these immigrants into their new homes – living in a country that doesn’t recognize their value and their contributions to this country. They are considered foreign elements and are not part of the people who make up the country.

“And that’s where the title of the film, ‘Our Side’, comes from to show that in reality, we don’t live on opposite sides, but are part of a larger human side. It really is the heart and soul of the story.

It also has added meaning for Rinciari, who grew up in Palermo and moved to the United States at 19 to attend Savannah College of Art and Design, where he and Dillard met. There they created “Our Side” and then filmed it in Palermo for eight days in 2019. They did the final production work – editing, coloring, sound, etc. – in mid-2021.

“We wanted to capture a story representing a way of life, seen through Adillah’s life and perspective,” Rinciari said. “It was difficult because Italian and English were spoken on set, even though we had interpreters. And the actress who plays Adillah is from Florida and doesn’t speak Italian.

“But I told her to kiss him when she was walking alone in Palermo, not being able to understand the Italian language that was being spoken all around her. That way she would really know what it was like to be a fish out of water. And she and the person the story is based on got to talk so she could better understand her journey and identify with her struggles.

When their film finally becomes widely available for people to see on a streaming platform, Dillard hopes viewers will see that “there is a need to live as a unified community so that people like Adillah are no longer marginalized”.

“She is a metaphor for anyone who does not belong to the majority ethnic, religious and sexual group in a society,” Rinciari added. “This film is a way of talking about all that. And the fact that he’s been nominated helps shine a light on those issues – targeting specific groups and seeing them as enemies, which is wrong – and keeps the rhetoric going.

He and Dillard learned of their College Television Award nomination in late December. “It was such an honor to be selected from so many nominations,” Dillard said. “It was a surreal moment – Nico and I were over the moon. If we win, it will be an honor for everyone who worked and believed in this project – even before it was realized – and for other stories real like this.

As for her own real life story, Dillard grew up in the small town of Clifton and competed in synchronized ice skating competitions for three years. Then, when she and her parents moved to Fairfax City, Dillard attended Fairfax High, where she stood out in several theater productions and dance programs and was a member of the marching band’s color guard.

Praising Fairfax Academy dance instructor Andrea Cook, Fairfax High theater director Erich DiCenzo and her parents Deborah Dillard and Paul Radam, Emily Dillard said: “They all really pushed me exploring creative careers after high school.” Then the Savannah College of Art and Design gave him and Rinciari the training and tools necessary for a profession as a filmmaker.

Rinciari previously worked on Marvel features, helping translate stories into shots used in movies, for a studio called The Third Floor. He is now a layout intern for Disney Animation.

So what’s next for the duo? Dillard replied, “We went with a book about adoption that we hope to adapt into a miniseries or movie in the future.” But first, they’ll take some time on Saturday to see if “Our Side” wins an award.