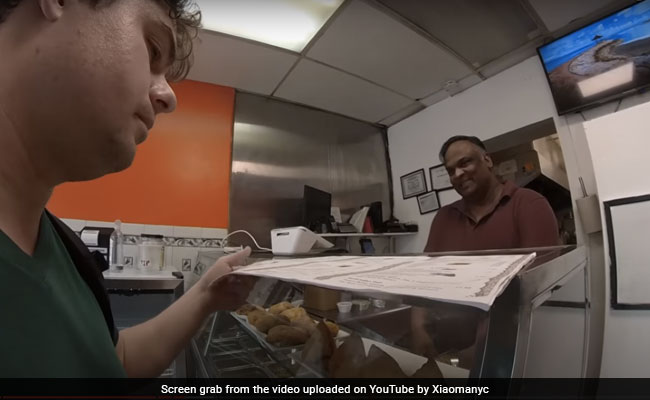 The YouTuber is seen ordering food in Tamil at a restaurant in New York.

A video is gaining traction on social media where a man in the United States is seen ordering food at a New York restaurant in Tamil. The restaurant owner, impressed with the man’s skills, offered him the food for free.

The video was shared by Xiaomanyc on YouTube. He is a YouTuber and is seen visiting various Indian restaurants and looking to strike up a conversation in Tamil everywhere.

“I have been fascinated by the Tamil language ever since I learned that it is one of the oldest languages ​​in the world still in use. Spoken in both India and Sri Lanka, it is actually quite rare in America, but I was able to find restaurants in and around New York that are run by Tamil speakers and here’s what happened when I tried to order in this ancient and beautiful but extremely difficult language,” said writes Xiaoma in the caption of the video.

Anyone who lives in a country with a culture different from their own would appreciate seeing or hearing something that reminds them of home.

Users have left sincere remarks appreciating his passion for learning different languages ​​in the comment section.

“Learning languages ​​like this is about breaking the language barrier and bringing people together despite their differences! It’s amazing to see the effort you put into making others smile,” another commented.

According to his other shared videos, he won many hearts speaking native languages ​​of other countries while ordering food and he has 4.83 million subscribers on YouTube.