Alena Vachnová to return to Slovakia to help fleeing Ukrainians, others – Harvard Gazette 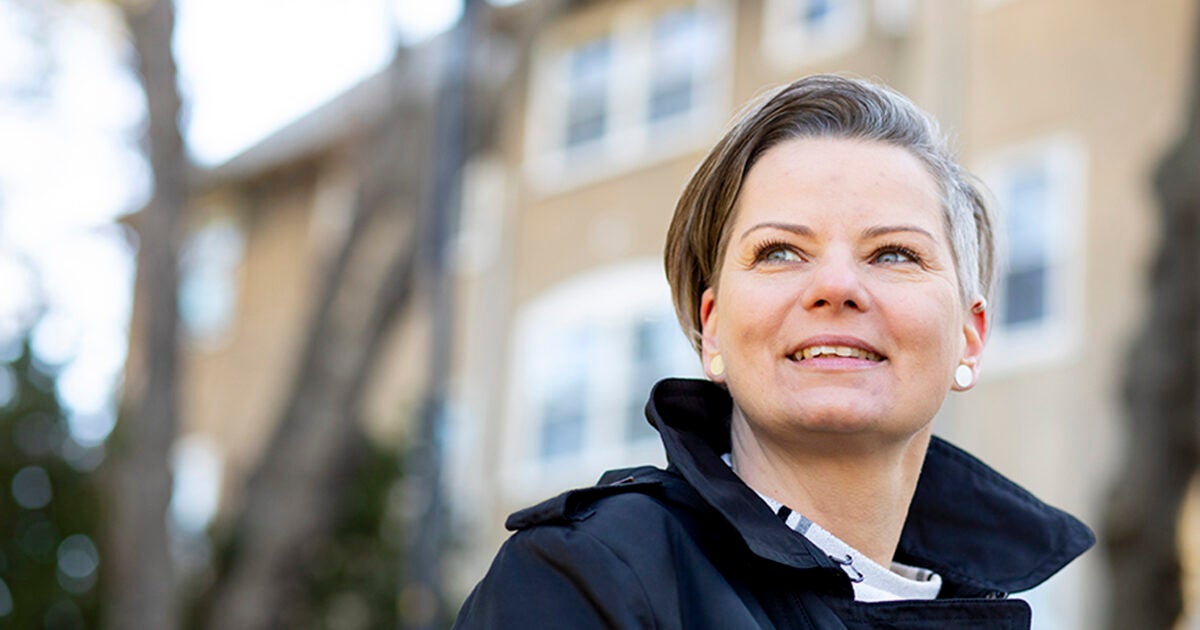 This story is part a series of graduate profiles ahead of the launch ceremonies in May.

Russia’s attack on Ukraine has driven nearly 5 million people to neighboring countries, including Alena Vachnová’s Slovakia. Since late February, these nations have hosted thousands, if not millions, of refugees fleeing ongoing violence.

Slovakia has in recent years been one of the least welcoming countries in the EU when it comes to migrants, but the country of 5.5 million people recently changed its mind, accepting around 280,000 Ukrainians until ‘now.

Vachnová, MC/MPA ’22, works in a non-profit organization in Košice, a city 80 km from the Ukrainian border, as an advocate for the elimination of family homelessness. For everyone, especially those who have been suddenly separated from other loved ones and uprooted in a foreign country, finding a safe place to live is essential to a person’s well-being, she said.

“It’s about human dignity,” said Vachnová, 44, an Edward S. Mason Scholar at Harvard Kennedy School who will graduate later this month. “We see what it does to people who get housing after about 10 years, how stabilizing it is.”

More than 60,000 Ukrainians have applied for protection under a new asylum program that provides hassle-free access to jobs, education, healthcare benefits and other services while they are living there. stay in the country.

Since the start of the invasion, Vachnová’s group, the DEDO Foundation, along with 20 other local nonprofits working in cooperation with local governments, have tried to fill a gap in support for refugees. DEDO worked to provide newcomers with asylum and legal advice, social, psychological and health counselling, as well as assistance in finding employment and long-term housing, time their most urgent needs have been met by aid agencies. Some organizations in the network offer language courses, as well as cultural, community and educational events.

“We have seen from the beginning an outpouring of solidarity from individuals and organizations to provide Ukrainian refugees with the necessary help and assistance after their arrival, but we expected that support for Ukrainians who decide to stay in our long-term city may be gone,” she said.

Vachnová’s passion for alleviating homelessness and changing the way Slovakia deals with it began after the EU awarded Košice almost €100 million in 2013 to revitalize its cultural infrastructure, such as halls venues, workshops, spaces for artists and creative groups, and funding for programming. Working for the government as a project coordinator, she has seen the city transform, with once moribund neighborhoods coming to life socially and economically in creative new ways.

She also saw what hadn’t been so visible before – people living in the shadows with little help and even less hope.

“There are a lot of families and individuals, single-parent families and others, who really live on the periphery of society,” Vachnová said. “And the connection problem they all face is housing.”

She left government to join DEDO, a nonprofit that helps homeless families, and in 2018 she came to Boston to study nonprofit management and social entrepreneurship at Boston University. . While there, she worked with Boston Health Care for the Homeless Program, one of the first organizations in the United States to bring care to the streets. She found the experience “eye-opening”, a complete change from the way things were done in Slovakia, where the focus is often on simply managing homelessness rather than ending it, and where attitudes of the public remain harsh.

“I got to see how they integrate health care and social services into their teams, how they use evidence-based approaches to help people not only get health care, but also be housed,” said Vachnová, who will return to Slovakia after the foundation’s work intensifies to bring homeless families into apartments.

Because homelessness often triggers or exacerbates other adverse health, social, and economic effects, helping people find safe, standard housing in the first place can reduce their need for other services later. . “You don’t push people to use shelters, but as soon as possible you try to house them and offer them in-home support so they can maintain housing,” she explained.

While at Harvard, Vachnová was in constant contact with family, friends, and colleagues back home. Russia’s attack on Ukraine aroused fears and feelings of anguish among many Slovaks who lived through the Warsaw Pact invasion of Czechoslovakia in 1968 and the subsequent Soviet occupation, she declared.

The 1989 student uprising that ended those four decades of communist rule, known as the Velvet Revolution, deeply affected Vachnová and profoundly shaped his sense of purpose. Led by dissident playwright Václav Havel, the event would usher in a democratic-style government and divide the country into Slovakia and the Czech Republic in 1993.

“I remember when I was 12 years old. It was only a few days after the start of the Velvet Revolution. I was coming back from my music lesson, holding my guitar, and I was crossing the main square of my town. And then I heard a male voice over the speakers, something about ‘truth and love must prevail over lies and hate.’ And it was Václav Havel, giving a speech from the balcony of the library, who became president of Czechoslovakia a few days later,” Vachnová said.

“When you grow up in a very closed and authoritarian system, and you hear someone speak publicly about truth and democracy, you start to believe as a young teenager that it’s possible,” she said.

If there is anything positive in the Ukraine crisis, she said, it is that Slovakia, which had become highly politically polarized in recent years, has begun to come together around a national identity. community and reconnect with its democratic values. It even finally celebrated its integration into the EU and NATO – two decades after joining, she said.

“It seems like a lot of people in my country have a tendency to like authoritarian regimes, and that tendency is growing,” Vachnová said. “So one of the things I will go back to my country with is, how can we strengthen the foundations of our society to make sure it will remain a liberal democracy? During Russia’s war in Ukraine, that became much more important.