A step that would trigger a phonocide of language 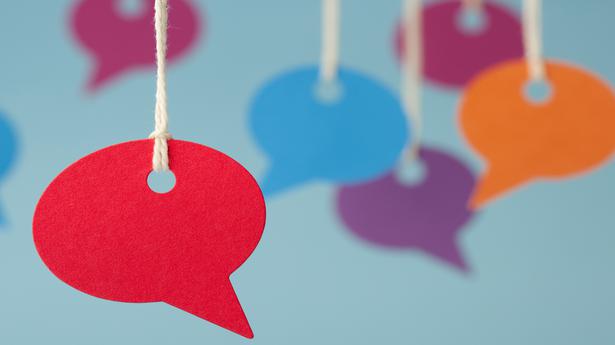 Imposing Hindi would be catastrophic; instead, India better have a multilingual accommodating policy

Imposing Hindi would be catastrophic; instead, India better have a multilingual accommodating policy

Union Home Secretary Amit Shah recently advocated the use of Hindi as the lingua franca, rather than English, in interstate communications. He suggested (apparently to the Parliamentary Committee on Official Languages) that when citizens of states who speak other languages ​​communicate with each other, it should be in the “language of India”. It is quite natural that a leader of a political current who brandished the slogan “Hindi, Hindu, Hindustan” should have spread such a chimerical idea. It was VD Savarkar, the Hindutva icon, who first championed the idea of ​​Hindi being declared the national language and articulated the slogan “Hindi, Hindu, Hindustan”. Constituent Assembly Member RV Dhulekar bluntly told the assembly: “You may belong – to another nation, but I belong to the Indian nation, the Hindi nation, the Hindu nation, the Hindustania”.

India has a harmonious symphony of linguistic pluralism; it is not a messy cacophony. Ganesh N. Devy, in “Indigenous Languages”, a UNESCO conference in October 2008, as well as in a news article, “Tribal languages ​​in a death trap” in August 2011, mentioned how the linguistic survey of Sir George Grierson on India (1903-1923) had identified 179 languages ​​and 544 dialects in India. The 1961 census reports listed a total of 1,652 “mother tongues”, of which 184 “mother tongues” had more than 10,000 speakers, and of which 400 “mother tongues” were not mentioned in Grierson’s survey, while 527 were listed as ‘unclassified’. In 1971, the language data offered in the census was divided into two categories – officially listed languages ​​of the Eighth Schedule of the Constitution and other languages ​​each with a minimum of 10,000 speakers. All other languages ​​spoken by fewer than 10,000 speakers have been grouped into a single “Other” entry. This practice continued to be followed in subsequent censuses. This practice has rendered many languages ​​invisible, says Professor Devy.


The so-called “national grandeur” of Hindi is a dubious mistake not supported by facts. Professor Devy had exposed the myth of Hindi as a pan-Indian language. In an article by The Hindu on June 7, 2019, “Language, the opening move,” he wrote: “The 2011 language census data, released last year, has been heavily doctored. It features Hindi as the ‘mother tongue’ of over 52 crore people by subsuming over 5 crore seekers of Bhojpuri and over 9 crore speakers of nearly 61 other languages ​​- claimed as ‘other’ by their language communities – from Rajasthan, Himachal Pradesh, Uttarakhand, Haryana, Bihar, Jharkhand, Chhattisgarh and Madhya Pradesh. “Hindi” is probably only spoken by 30% of the population, but it is not the mother tongue of the remaining 70%. »

Hindi is not a lingua franca for Indians; nor is it a dominant language. It is only a primus inter pares among many Indian languages.


The imposition of one language to the detriment of the others in a multilingual state is disastrous. Pakistan and Sri Lanka are prime examples of how stubbornness over language has ruined nations. After the formation of partition and Pakistan, Pakistan became a multi-ethnic and multi-linguistic state. In 1948, the Pakistani government ordered the Islamization of East Pakistan, with Urdu as the only national language. “There can only be one state language if the components of that state are to move forward in unison, and in my view, that can only be Urdu,” Jinnah asserted. This arrogance by the elite of West Pakistan sparked the violent Bengali language movement or Bhasha Andolan in East Pakistan, advocating for the recognition of the Bengali language as the official language of the former Dominion of Pakistan to allow its use in transactions. governmental, in education, in the media, in currency and to maintain its writing in the Bengali script. The language movement catalyzed Bengali nationalism and the eventual separation of East Pakistan from Pakistan.

The Sinhalese-Only Act (The Official Language Act) of 1956 was a high point in Sri Lanka’s history. This sparked intense enmity and distrust between Sinhalese and Tamils. The act replaced English with Sinhalese as the sole official language of the nation excluding Tamil. Sinhalese was the language of the Sinhalese who formed 70% of the population. Tamil was spoken by Indian and Sri Lankan Tamils ​​(and most Muslims) who together constituted about 29% of the country’s population. The law was discriminatory and alienated the Tamil community from the mainstream. The act also symbolized the zeal of the majority Sinhalese to assert Sri Lanka’s identity as a Sinhalese nation-state; for Tamils, it embodied the oppression of minorities and a vindication of the demand for a separate Tamil nation. This friction sparked the civil war that lasted for decades and ruined the nation.

A place of diversity


In contrast, nations that welcomed linguistic diversity flourished. Singapore has a multi-ethnic population (Chinese, Malay and Indian). During its formative years, there was immense pressure to declare Chinese as the official language of Singapore. But Lee Kuan Yew, the architect of modern Singapore, stifled demand and opted for English. Fluency in English has made the city-state a global business center. In an article by The time of the straits (2004) he said: “When we became independent in 1965, the committee of the Chinese Chamber of Commerce came to see me in my office, then at the town hall. They urged me to have Chinese as the national and official language. I looked them in the eye and said, “You must be crazy, and I don’t want to hear about that from you anymore.” If you do, you enter the political arena. I have to fight you. Because Singapore is going to separate. Suppose I had had another inclination, which my colleagues would not have allowed, and I would have said, “Yes, okay. What would have happened in Singapore? Where would the Malays be, and the Indians, what future would they have? Chinese educated in English would also be against us. The country would collapse. Suppose we were all Chinese, no Malays, no Indians. Could we make a living with Chinese as the language of government and as the national language? Who will trade with us? What are we doing? How do we access knowledge? There was no choice.

In South Africa, the national anthem of this Rainbow Nation, since 1997, is a lyrical composition in five languages, making it the most unique anthem in the world in this regard. The languages ​​are Xhosa, Zulu, Sesotho, Afrikaans and English. South Africa is an emerging leader on the African continent and its accommodating language policy has helped them a lot.

India should emulate the accommodative multilingual policy of Singapore and South Africa; not the disastrous linguistic chauvinism of Pakistan or Sri Lanka. Impose Hindi, which is the first language of residents of only 12 of the 35 states and union territories (in India’s 2011 Language Census, and where Andhra Pradesh and Telangana appear together in the data of 2011) as a lingua franca would initiate the phonocide of other Indian languages. And that would turn out to be catastrophic.

Faisal CK is Under Secretary (Law) Government of Kerala