A foray into the German theatre: German 65 tackles “(R)evolution” | Arts 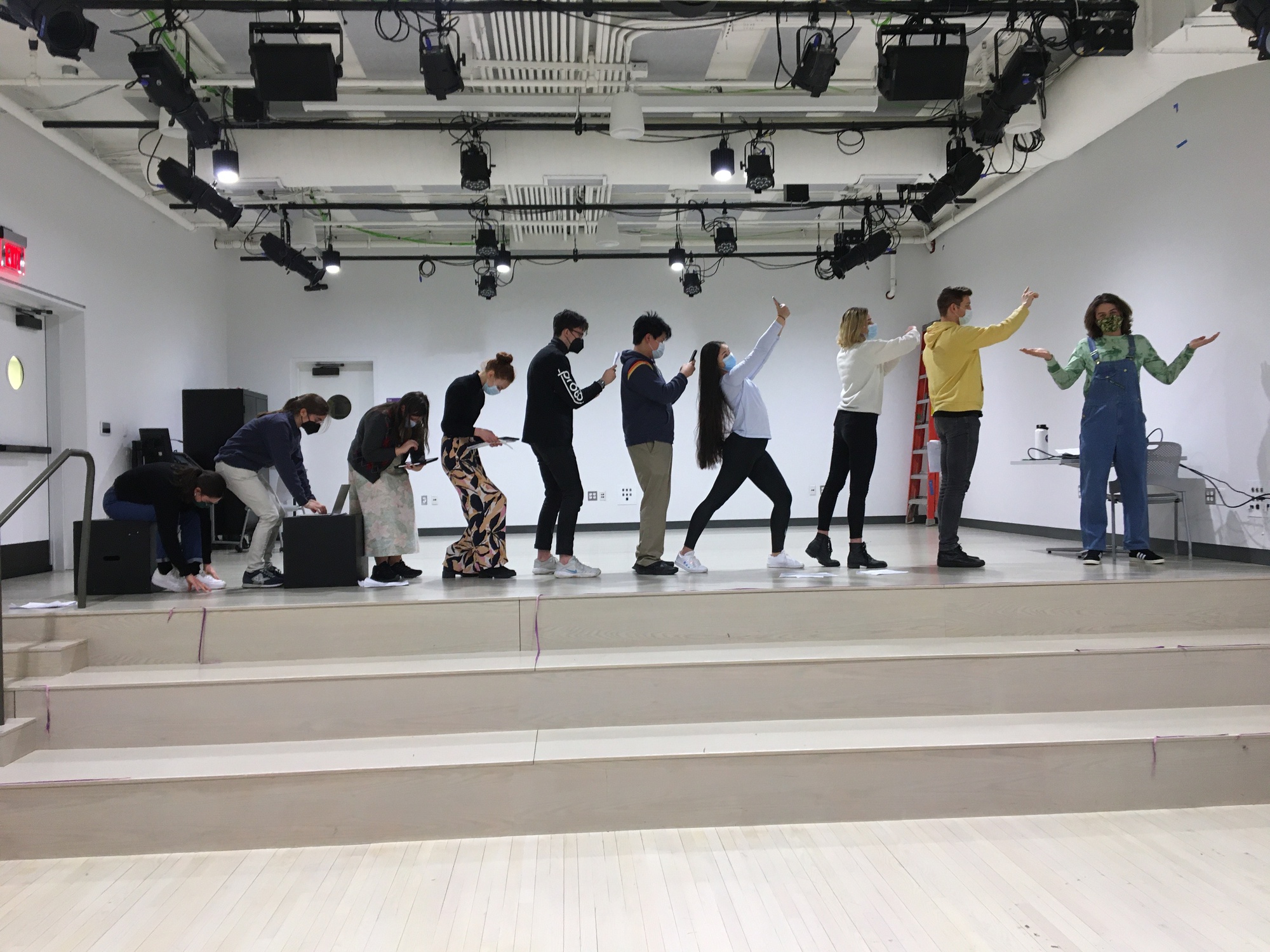 Putting on a play is never an easy task. The weeks leading up to the show often involve hours of rehearsals, painstaking decisions about lighting, sound and costumes, not to mention stage fright. Imagine embarking on this great process, but in a language you are still learning and where your final performance is graded! And yet, the students of a German course at Harvard are trying just that. The 1965’s German production of “(R)evolution”, a German-language play by Yael Ronen and Dimitrij Schaad, will premiere with performances on May 2 and 3 at 7:30 p.m. in Sackler Hall 113.

Much of the appeal of German 65: German Drama and Theater is its instructor. In this course, Professor Lisa Parkes combines the roles of dedicated director and conscientious German teacher, offering guidance during the rehearsal process, correcting students’ pronunciation and even stepping in as an actor if necessary. Indeed, many students cite its reputation as one of the main reasons for enrolling in German 65. mentioned.

Parkes came up with the idea for the course a while ago, but it’s the first semester it’s being offered to Harvard students. All third-year German lessons have a single theme, and Professor Parkes hoped to use this to inspire admiration for German literature through in-depth study. For Parkes, however, reading German plays was not enough – she wanted students to delve into the content in a way that engaged all aspects of language learning.

“Reading and discussing dramatic texts only takes you so far; playing pushes you to read between the lines, engaging language, interpersonal, creative and interpretive skills,” Parkes said. Commitment is a crucial part of the course, and it was actually the students who chose the play they wanted to perform from an array of dramas studied at the start of the semester. In the end, they settled on “(R)evolution”, a piece inspired by the novel “21 Lessons for the 21st Century” by Yuval Noah Harari.

The rest of the production process was just as collaborative. “Dr. Parkes wants us to be super involved. She’s always looking for our input. We talked about ‘How do we want to do the lighting?’ “How do we want to engage the audience more?” “How do we want to approach introducing these characters?” Roderick P. Emley ’24 said.

Parkes students have very different theatrical backgrounds. Although this production represents just another acting credit in a long list of experiences for some of the performers in the class, many students have never set foot on stage before, which makes this theatrical experience unique. all the more special. “Perhaps most notable is that some students started learning German here at Harvard just two years ago, and all of them are novice actors performing in German for the first time,” Parkes said.

For Rosanna K. Kataja ’24, the shared novelty of performing in German is a particularly valuable part of the class. “Everyone is on the same level, everyone wants to learn and no one is a native speaker or anything. That’s what I like the most. Everyone is on the same level, supporting each other’s each other,” she said. That strong sense of camaraderie is clear: While a handful of students rehearse their scenes onstage with Parkes, the rest of the class sits in the adjacent room doing lines, discuss their characters and occasionally crack a joke or two, all in German of course.

Given the time-consuming nature of the class, it’s fortunate that the piece itself is engaging. Set 20 years in the future, “(R)evolution” depicts a world that has become completely dependent on technology, and where genetic engineering to create “ideal human beings” is not just a theoretical concern, but a real decision. faced by all expectant parents. . But despite the important topics, the students describe the play as very entertaining. “It’s kind of the best of both worlds. Fun but at the same time thought provoking. To be honest, I think it’s very funny. So be ready to laugh and be ready to enjoy,” Leyes said.

What about potential viewers who don’t speak German fluently? “Even if someone came here and didn’t even speak much German, he would still get something out of it,” Kataja said. Even without knowing German, viewers will always leave the production impressed.