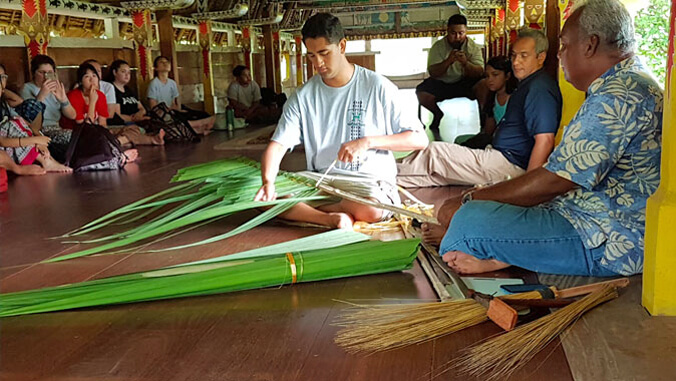 The University of Hawaii in Mānoa received seven titles VII International Education Grants totaling $7 million over a four-year grant cycle from the U.S. Department of Education, keeping the campus among an elite group of U.S. universities with a dominant presence in international studies, particularly in the Asia and Pacific regions.

“uh Mānoa is at the forefront of education in the Asia-Pacific region,” said uh Manoa Provost Michael Bruno. “These competitive grants recognize our unparalleled strengths in teaching, research and training in these critical areas. As a minority-serving institution, we attract diverse students to higher education, develop their skills through our excellent faculty and university partnerships, and send our alumni into professional careers that connect Hawaii and the United States to the Pacific and Asia.

The National Center for Foreign Language Resources (NFLRC) the grant was first awarded to uh Mānoa when the NFLRC program was established in 1990 and has been continuously earned since then, making uh Mānoa the oldest language resource center in the country.

“The faculty and staff of uh Mānoa has collaborated across campus and with other campuses to develop innovative projects, e.g. the Asia-Pacific Studies Career Preparation Program, the Kapiʻolani Community interpreting certificate from a community college, and NFLRC Japanese and Filipino cultural applications,” said CALL Dean Pierre Arnade. “Winning these prestigious scholarships not only demonstrates our national leadership in these areas, but also provides essential support for the university to carry out its mission of serving the population of Hawaiiand its Pacific and Asian neighbours.