5 in Hong Kong sentenced to prison for sheep Book 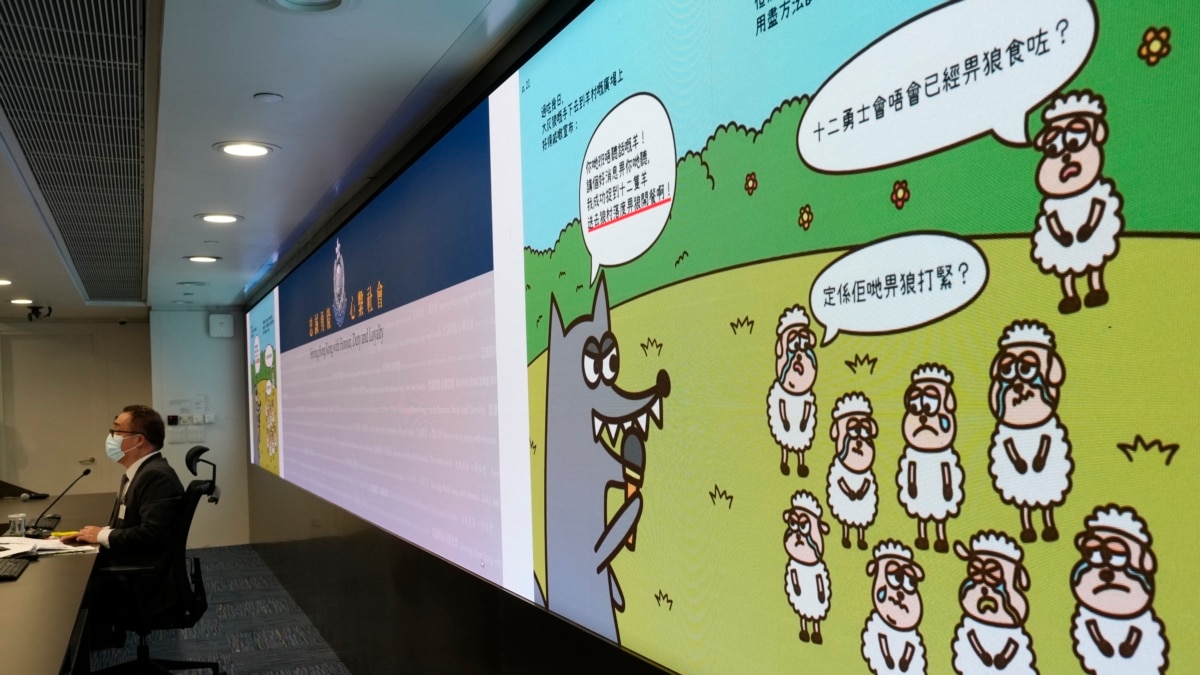 Five Hong Kong speech therapists were each sentenced to 19 months in prison on Saturday after being found guilty of sedition over a series of published children’s books that were deemed anti-government.

On Wednesday, the five men were convicted of conspiracy to print, publish, distribute, display and/or reproduce seditious publications under a colonial-era law.

District Court Judge Kwok Wai-Kin said the books were intended to “brainwash” children and were all written with seditious intent.

The books featured caricatures of sheep trying to fend off wolves from their village. The posts referred to real events in recent years during the political unrest in Hong Kong, including the mass pro-democracy protests in 2019 and how 12 dissidents tried to escape to Taiwan in a speedboat before to be intercepted by the Chinese Coast Guard.

After sentencing the five, Judge Kwok implied that the children reading the books would be told that they are the sheep and that the wolves trying to harm them are the Chinese authorities.

Lorie Lai Man-ling, Melody Yeung, Sidney Ng, Samuel Chan and Fong Tsz-ho, all under 30, pleaded not guilty in July. All five were members of the General Union of Speech-Language Pathologists in Hong Kong, which has since closed.

During a two-month trial, prosecutors said the books incited hatred towards the government and argued that a sedition offense amounted to “treason”.

Defense attorneys had argued that the animal characters were fictional and that the allegations were too general.

One of the defendants, Melody Yeung, spoke in court on Saturday quoting US civil rights leader Martin Luther King Jr. as saying “a riot is the language of the unheard of” and that it did not regret his contribution to children’s books.

“Any prison sentence is harsh and absurd for a children’s comic, let alone 19 months,” he told VOA.

District Judge Kwok, who is one of the hand-picked judges presiding over national security cases in Hong Kong, said there were four reasons for the length of the sentences. They include the high distribution and exposure of the books, the long period of time the conspiracy lasted, and the time when the publications were made available, which he says was when the political and social conditions of Hong Kong were extremely unstable.

“Can you explain why you did not tell the children that the sheep village was part of the land belonging to the wolves, and that the land was taken from the wolves by the military invasion of the PRC (People’s Republic of China ) on the part of the shepherd?

Hong Kong was under British control for 156 years until 1997 when the city was returned to China.

Beijing imposed a national security law on Hong Kong to bring stability following mass protests in the city three years ago. The legislation prohibits acts considered secession, subversion, foreign collusion and terrorism, which carries a maximum sentence of life imprisonment, and has been used to target hundreds of dissidents.

Although sedition is not listed among the offenses listed in the Security Act, recent court rulings have allowed authorities to use their powers under a colonial-era sedition law to target criminals. suspects.

The speech therapists’ seditious charges were treated as a national security breach, meaning they remained in custody and were denied bail for 13 months pending a verdict.

After Saturday’s sentencing, one of the group’s lawyers estimated that the five could be released from prison in 31 days, once deductions for time served are made.

The maximum sentence for sedition is two years.

“The 19-month sentence reflects the absurdity of Hong Kong’s legal system. The five speech therapists, meanwhile, are showing their courage and concern for Hong Kong’s future generations by standing up for justice. He is [the] Authorities in Hong Kong and Beijing who are brainwashing children by twisting the city’s education system, not cartoon picture books and speech therapists,” he told VOA.